Mass-quitting of jobs not likely to happen, say experts 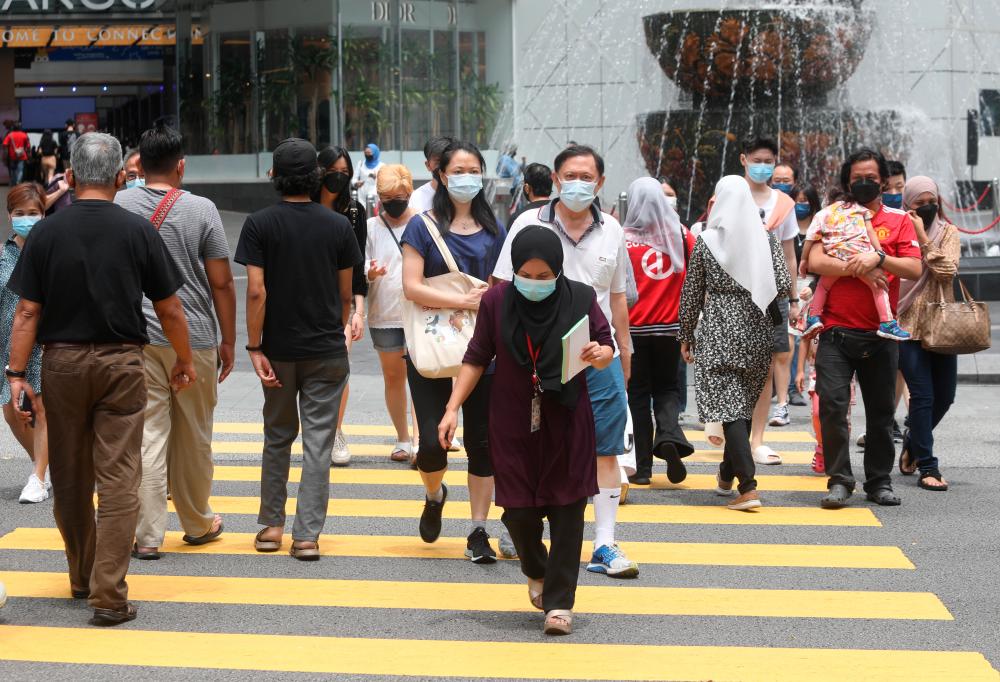 The current pandemic-induced economic uncertainty may be a potent factor making employees think twice about switching jobs (pic for illustration purposes only). – SUNPIX

Malaysian Employers Federation president Datuk Dr Syed Hussain Syed Husman said the main factor that would contribute to a lower turnover rate among employees is the uncertainty the pandemic poses for the economy and the high unemployment rate, which stands at 4.7% with 746,200 unemployed in the third quarter of 2021.

“Employees thinking of leaving their company would have to consider whether the new job would be any more secure than their present one. Employees’ families may not be ready to take chances for change in view of the current volatile situation and the potential of new variants of Covid-19,” he said.

Srithren Krishnan, who heads the human resource department at international events solutions consultant firm Arena Middle East and Asia, agreed that Malaysia would not experience such an exodus of employees.

“We have not recovered from Covid-19, with the rising numbers of new cases daily,” he said.

They were commenting on a recent survey by the UCSI Poll Research Centre on the possibility of a Great Resignation happening in Malaysia.

The poll covered 820 individuals, with 60% of respondents agreeing that Malaysia would experience a wave of job exits, and 40% disagreeing.

Syed Hussain noted that during the imposition of the lockdown, many companies implemented work-from-home policies and flexible work arrangements.

“With requirements to return to the office, employees may be reluctant to return to previous work arrangements. Some may resign to seek job opportunities that offer remote working or other flexible arrangements, or go into the freelancing or gig sector.”

He said working from home has given time for employees to think further about what they actually want in life – a working career or being an entrepreneur.

“Many digital platforms have been launched to offer the opportunity to earn an income from home. The government has facilitated this and allowed many to open start-up businesses around their homes. With government grants and funding for the self-employed, some have taken this route,” Syed Hussain added.

Srithren said some organisations may put their expansion plans on hold due to the present uncertainty.

“As the UCSI poll showed, there will be some resignations, which is a normal trend. The market is still an employers market as the number of unemployed people is large. The demand to be employed is greater than the positions available.”

Should there be a Great Resignation, Srithren said Malaysia would be impacted by a lack of qualified candidates to be hired.

“Since 2020, many expatriates have left the country, leaving a big gap in technical expertise. The resignations will be through employers pinching staff within the industry.

“We need more expansion and new investments coming into the country in order for us to stay healthy. In general, Malaysian employers would suffer if a Great Resignation takes place,” he added.

“We cannot stop people from resigning, it’s a natural growth process in every developing country. So, the only way to reduce the impact would be for employers to change the work culture and be more flexible in allowing employees to have a second job.

“Working from the office is no longer the culture, employers should fully implement the work-from-home practice. Now is a critical time to develop a new approach for survival.”

However, senior deputy registrar at ILD UiTM Mohd Rafizi Rahmad said the possibility of a Great Resignation may be real, given the current volatility of the economy.

He said the economies of countries around the world have been affected, but the Malaysian economy has been exacerbated by the “battle of perception”, political instability and competition from neighbouring countries, especially Indonesia and Singapore, which are increasingly showing positive developments in attracting foreign direct investors.

Mohd Rafizi, who is also Malaysian Institute of Human Resource Management vice-president I, said the local labour market has been affected, especially in sectors that are highly dependent on the domestic market.