Massive rise in use of gadgets, screen time among children worrying - Experts 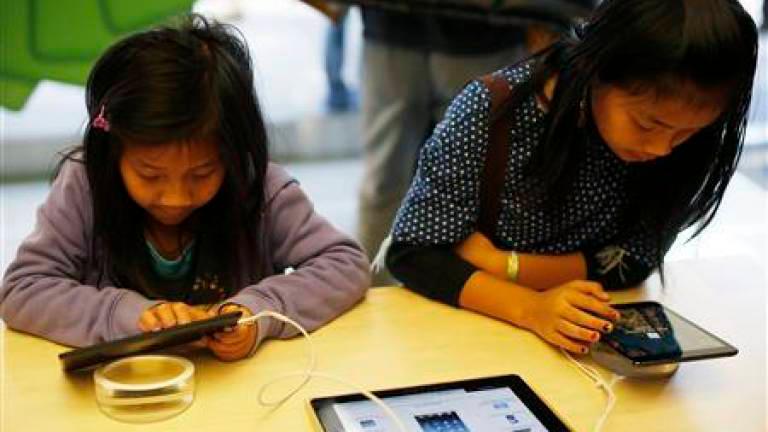 KUALA LUMPUR: A worrying “side effect” of the ongoing movement control is the growing addiction to smart devices among children and adolescents.

Although there is a lack of data as no studies have been carried out on this issue in Malaysia, psychiatrists are seeing more cases of young patients who are hooked on gadgets such as smartphones, tablets and computers and manifesting signs of Internet gaming addiction (IGA) or Internet gaming disorder, and anxiety disorder comorbid major depressive disorder (MDD).

According to International Islamic University Malaysia (IIUM) consultant psychiatrist Associate Prof Dr Nora Mat Zin, one of the knock-on effects of staying indoors due to the Covid-19 pandemic and enforcement of movement control since March last year has been the “massive increase in the use of gadgets and screen time among children”.

“Children are using their computers and Internet for their PdPR (home-based teaching and learning) sessions but they are also getting distracted by online games and social media platforms such as Facebook, TikTok, YouTube and so on,” she said.

Pointing to a case she had handled recently, Dr Nora said the nine-year-old patient, diagnosed with IGA, had undergone behavioural changes and was aggressive, restless, agitated and preoccupied with her smartphone and Internet games.

“The most common issue raised by parents who consulted me during the pandemic is gadget addiction among their children,” she added.

Dr Nora shared this during her session on Internet Use and Mental Health of Schoolchildren at the 3rd virtual World Congress on Integration and Islamicisation 2021 organised by IIUM on June 6.

Dr Nora, who is head of department at the College of Medicine at IIUM’s Kuantan Campus, said parents can observe the signs of IGA on their children and that the signs can be presented via physical and emotional manifestations.

“For IGA, some of the common signs are the child is always with the smartphone and preoccupied with Internet games, as well as aggressive, agitated and has sleep disturbances and don’t prioritise their meals. They also have poor focus (when it comes to their studies) and refuse to socialise with friends,” she said.

She said children who already suffer from social anxiety and depression would inevitably spend more time on their gadgets and Internet games during the movement control period, which can lead to anxiety disorder comorbid MDD.

Besides manifesting similar symptoms as IGA, these children may also be prone to self-harm to reduce their anxiety and mild depressive symptoms although they know it is unacceptable behaviour, she said.

“The Internet offers them a way to escape painful feelings or troubling situations... (these children) sacrifice their sleeping hours and withdraw from others to escape into a comfortable online world that they have created and shaped,“ said Dr Nora.

Children who spend too much time on digital devices can suffer from headaches, neck pain, eye infections and malnutrition, according to a report by the World Health Organisation.

Other than that, she added, it will leave them vulnerable to cyberbullies and inappropriate content exposure, as well as destroy the family institution.

According to its report, the number of children aged between five and 17 who use the Internet has increased from 18.4 percent in 2016 to 47.0 percent in 2020. However, only 34.4 percent of parents use parental control to safeguard their children on the Internet.

“The more time spent on the Internet or any other gadgets, the higher the risk of addiction and exposure to online gambling, cyberbullying and pornography. This also includes seeking Internet fame (chasing higher views/likes/followers for their posts),” he said.

Dr Lee told Bernama research has shown that those with behavioural addictions, including Internet gaming disorder, have the same brain functions, brain changes and way of thinking as those addicted to illegal substances.

“In some online games, loot boxes (or virtual treasure chests) are a common feature whereby a player can win, buy or be gifted with a virtual box or another container that is unwrapped to reveal virtual items of value, such as weapons, in-game currency or special powers.

“Research shows those who buy and sell loot boxes have a higher association with gambling because of the similarities in the reward pathway in the brain of the gamer. Therefore, gamers who are craving those items in a game might behave just like someone who is preoccupied with gambling,” he explained.

He said gaming and use of the Internet may be acceptable with proper parental control and guidance but warned that without proper supervision, “it can lead to addiction, which may be difficult to manage without professional help”.

She urged parents to take the issue seriously and discuss it with their children and, if necessary, reach a compromise on the “desired goals so that when you approach your child, you will be coming from the same page”.

“Begin the discussion by reminding your children that you care about their happiness and well-being, tell them about some of the changes in their behaviour and refer to those changes in specific terms: fatigue, declining grades, giving up hobbies or social withdrawal.

“Assign an Internet time log – tell the children on how much time they can spend online each day and which Internet activities they can engage in, and be with them each time they are in front of the screen,“ she said.

Dr Nora also recommended “family detox” days where parents can choose a day when phones and gadgets are kept away and also a detox period after a long hour of using the smartphone and Internet.

Meanwhile, commenting on school refusal – a term used to describe the signs of anxiety of a schoolchild and his or her refusal to go to school – Dr Lee said a surge in such cases was seen when schools reopened briefly during the pandemic.

“School refusal is a stressful situation for children, their families and the school personnel. It also has significant short- and long-term effects on their social, emotional and educational development,” he said.

He said during a child’s developmental years, they are focused on learning new things and making friends and developing a sense of self-identity, which they have not been able to do during the school closure.

“Then, when they come back to real life, they may find it difficult to communicate or face their friends, leading to anxiety, especially social anxiety,” he said, adding that parents need to assess the cause of school refusal and address it.

Dr Lee said parents can also seek the help of their family doctor or paediatrician, or even a psychiatrist to assess and manage the problem.

“The doctor may arrange for psychotherapy or prescribe medicine to help children with anxiety. The longer the child stays out of school, the harder it will be for them to return. The goal of treatment is to help them learn ways to reduce anxiety and return to school,” he added.