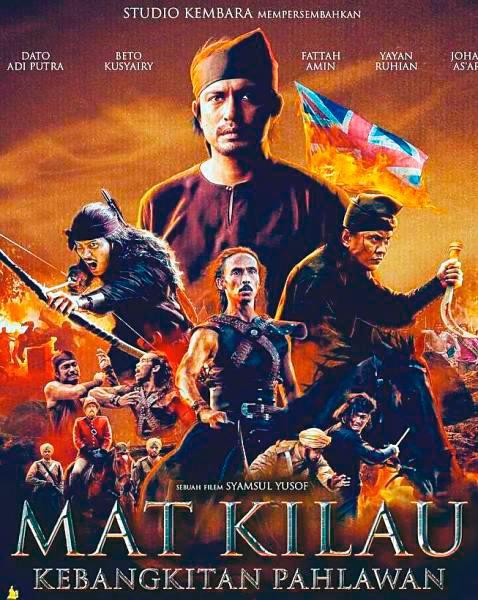 “In today’s context, the sacrifice of Malaysians working together with the government in the fight against Covid-19 is also considered a great struggle for the country,“ he told reporters here tonight.

Zahidi, who is also Padang Besar Member of Parliament spent time with the residents of the constituency and the surrounding areas watching the Mat Kilau movie on a giant screen in conjunction with the Malaysian Family Merdeka Carnival @ Padang Besar.

“This film also re-injects a patriotic fighting spirit in all levels of the Malaysian Family,“ he said adding that many in Perlis looked forward to the movie screening as there are no cinemas here.

He said if there is a demand, he would work with the National Film Development Corporation (FINAS) to arrange for the movie to be shown on giant screens in the future.

Zahidi said K-KOMM would be collaborating with Indonesia to produce a historical film as a sequel to the Mat Kilau movie.

A crowd of about 1,600 people watched the Mat Kilau movie which was presented by FINAS. - Bernama