May 14 hearing applications by Najib, three others to strike out Deepak’s RM676m suit 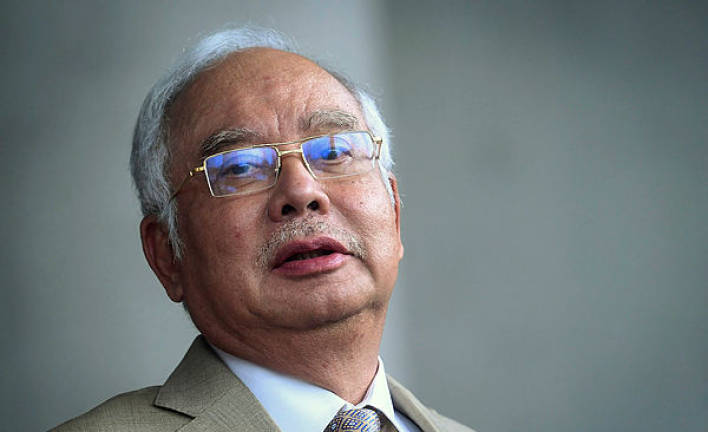 KUALA LUMPUR: The applications by former prime minister Datuk Seri Najib Abdul Razak (pix) and three others to strike out the RM676 million suit filed by carpet businessman J. R. Deepak Jaikishan will be heard on May 14.

Based on information posted on the court website, the hearing is set for today, but it has been vacated to May 14 due to the closure of courts nationwide in line with the Movement Control Order imposed by the government since March 18 to contain the spread of Covid-19.

The hearing will be before High Court Judicial Commissioner Quay Chew Soon.

Najib and his wife, Datin Seri Rosmah Mansor, filed the application to strike out the suit on Jan 7, 2019 while the other two defendants – Boustead Holdings Berhad and its subsidiary, Bakti Wira Development Sdn Bhd – filed their application on Dec 17, 2018.

All the defendants filed the applications on the ground that they were not involved in the alleged conspiracy.

Deepak filed the suit on Oct 12, 2018, claiming that he had suffered losses due to the conspiracy, fraud and undue influence by the defendants in a property deal that allegedly caused his company to suffer huge losses.

He claimed that a deposit payment of RM13 million had been made by Astacanggih to Awan Megah and a land bond for RM72.5 million from Kuwait Finance House (M) Bhd was submitted to the Malaysian government.

However, he claimed Awan Megah refused to produce the original land titles for transfer to Astacanggih.

Deepak contended that as a result of the conspiracy and interference from Najib and Rosmah, who were named the first and second defendant, respectively, he was forced to sell 80% (16 million units) of his shares in Astacanggih to Boustead Holdings through Wira development.

He is seeking RM600 million in general damages, RM50 million in exemplary damages and RM26 million in aggravated damages. – Bernama

1.Teens happy to receive Covid-19 vaccination, can’t wait to go back to school