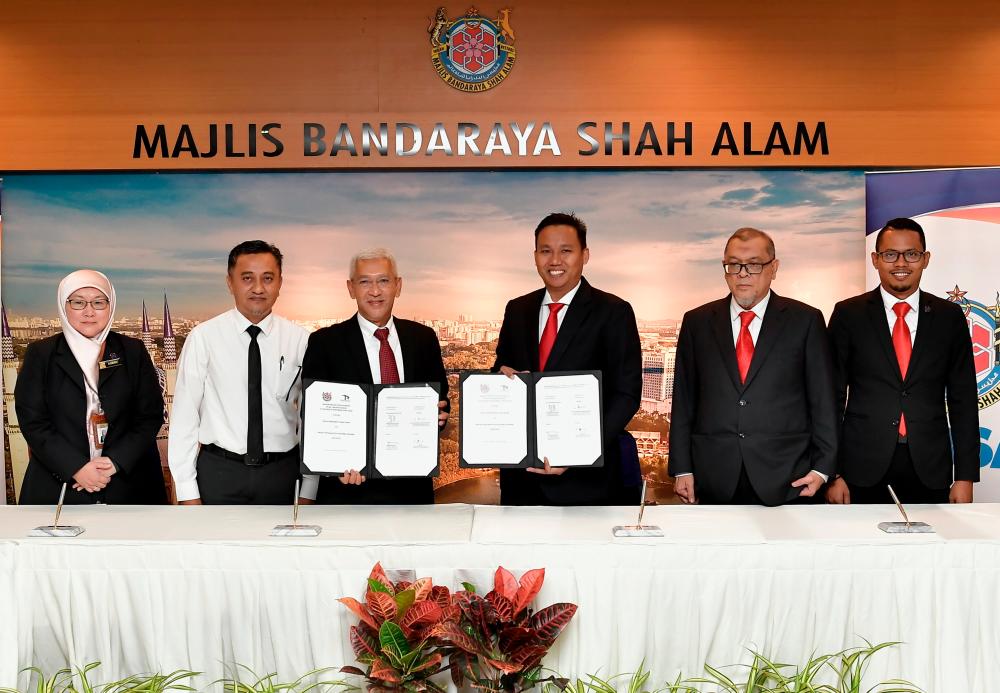 Mohd Rashidi said the MoU was aimed at implementing a flood mitigation plan that will benefit the residents as well as road users.

Among the immediate action that would taken is building a ramp on the emergency route from the Taman Sri Lembayung area to the rest and service area of the Taman Sri Muda Toll Plaza, he said.

“The construction will start as soon as possible. We have completed the design and will send it to PROLINTAS for approval,“ he told reporters after the signing ceremony at Wisma MBSA here.

Mohd Rashidi said the construction of the ramp is estimated to take around two weeks and it will make it easier for the residents, especially in Taman Sri Muda, to move their vehicles before the floodwater builds up, in addition to speeding up the work to rescue victims of the disaster.

“Previously, when the flood warning was issued, the residents parked their vehicles on the highway with the help of LKSA patrols. But it was quite a long journey because they had to exit the main road of Taman Sri Muda.

“We will use part of the LKSA, where about 500 vehicles can be parked along the highway,“ he said. - Bernama