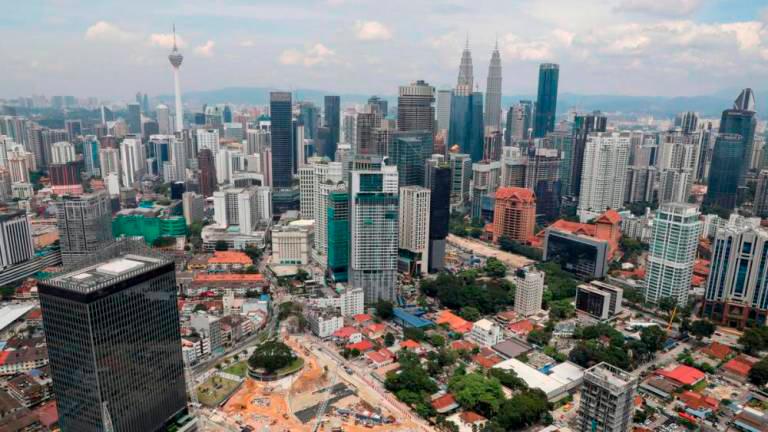 KUALA LUMPUR: The year 2020 saw a change in the living landscape of the people which shifted to a new normal phase, especially with the implementation of the Movement Control Order (MCO) which was an important measure to address the Covid-19 crisis in the country.

The deadly epidemic not only hit the country hard but the whole world also faced the same threat when the virus claimed more 1.7 million lives and a convincing cure has yet to be found.

As a move to break the epidemic chain in the community, the government under the leadership of Prime Minister Tan Sri Muhyiddin Yassin announced the implementation of the MCO on March 18 under the Prevention and Control of Infectious Diseases Act 1988 and the Police Act 1967, before it was gradually relaxed.

The implementation of MCO or semi ‘lockdown’ was also proof of the government’s efficiency in facing the challenges of Covid-19 pandemic with the support of the high discipline displayed by the people in complying with the stipulated standard operating procedures (SOP) such as wearing face mask, using sanitiser and observing physical distancing.

The people’s compliance with all SOPs as well as the dedication of frontliners were praised by other communities when the country was facing such a crisis.

The government’s approach in implementing a ‘semi-lockdown’ would be marked in the history of the country for the upheaval in life and well-being of the people worsened by severe economic impact.

As soon as the order was implemented, Kuala Lumpur which was a vibrant centre of activities and traffic congestion turned into a ‘ghost town’, with only an occasionally police patrol car or army truck passing by.

Apart from the limited movement of people due to the ban on moving out of the house except for emergency situation, the government also forbade any religious, sports and social activities during MCO.

Also affected were teachers and students as well as parents when schools and institutions of higher learning as well as all government and private premises are ordered to close immediately except for essential services. The learning process had to be carried out online while many had to work from home.

The implementation of MCO was initially announced for two weeks until March 31 last year with the aim of breaking the chain of transmission of the Covid-19 epidemic in the country, but it was extended in the second phase from 1 to 14 April. During the MCO, some localities detected high levels of Covid-19 infection were subjected to the Enhanced Movement Control Order (EMCO), a situation which could be considered a ‘total lockdown’.

The MCO was then extended until April 28, despite a difficult decision at the beginning of the order but the effort succeeded in creating a downward trend of new Covid-19 cases in the country and put Malaysia on the right track in breaking the chain.

It was then announced to be extended for another two weeks until May 12. However, after 47 days of being ‘confined’ under the MCO phase, the government announced a Conditional Movement Control Order (CMCO) with most economic and social activities allowed to resume from May 4 subject to the conditions and SOPs set.

Outdoor sports activities that did not involve body contact and in small groups such as playing badminton or tennis outside without spectators, jogging, cycling, golf and running no more than 10 people were allowed provided they practised social distancing.

However, the organising of social, community and cultural events that involved public gatherings such as feasts and interstate travels were still not allowed.

Following that, the month of Ramadan and the Aidilfitri celebration this year had to be celebrated under the new normal and norms. The atmosphere of the holy month celebration was not as usual without the Tarawih prayers and large-scale breaking of fast while for Hari Raya Aidilfitri, no interstate movement to return to the home village was allowed.

Entering the next phase, the government announced that Recovery MCO (RMCO) which saw more flexibility given from June 10, among others, allowing interstate travel except in EMCO areas as well as the resumption of almost all social, educational, religious, business and economic activities which must be done in compliance with SOPs.

Until now, the government was still implementing a targeted approach such as EMCO or targeted MCO in some areas in the event of an increase in cases of infection in certain localities.

Although the third wave of Covid-19 transmission was now more alarming with the increase in cases up to four figures a day, the government did not press the panic button to re-implement the MCO instead took more strategic steps to control the pandemic.

Now the implementation of CMCO, EMCO or RMCO would depend the locality, district or state.

Maybe its time for the people who have experienced MCO, CMCO, and EMCO to be wise in controlling themselves and their families to comply with the SOP to prevent the Covid-19 infection. — Bernama