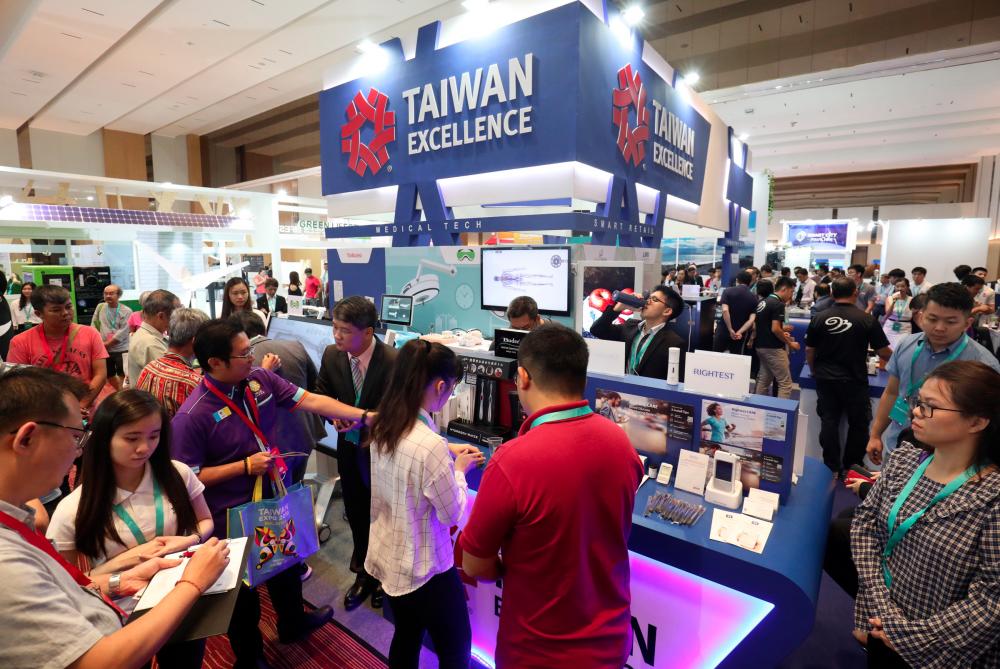 PENANG: Taiwan has advanced its healthcare system with tech precision instruments and quality medical products to rival the best in the world. It has two top 20 hospitals in the world, according to Taiwan External Trade Development Council (TAITRA) chairman James C. F. Huang.

The cost of medical treatment in Taiwan is one-fifth of those in Europe and the US, he said, adding that it has been attracting a large number of patients from Asia, Canada and the US. Many Malaysians including retired badminton player Datuk Lee Chong Wei have sought treatment there.

Eight Taiwanese healthcare exhibitors participated at the Taiwan Expo which was held at Setia SPICE Convention in Penang July 5 and 6.

David Wu, who is the Digisine Energytech Co Ltd general manager, said Taiwan’s growth in information communications technology (ICT) has led to the production of a tiny hearing aid, which uses the smartphone as its companion.

Wu said the aid, which is not visible to the naked eye, helps users to save costs as the device could be installed at home.

“With the Internet of Things (IoT), our company envisions that many procedures can be done without going to hospitals for procedures,“ he said.

Dr Wang Yu-Ming, who is the vice chair of the Department of Radiation Oncology and Proton (Mission Leader), shared his views about the latest oncology technics where precision instruments reduce the frequencies of treatments.

Wang of the Chang Guan Memorial Hospital said doctors can rely on teleconferencing to treat patients with doctors in Taiwan doing the diagnosis and prognosis.

The Taiwanese said he is looking forward to seeing more collaboration between the hospitals in Malaysia and Taiwan, especially in Penang, which is a medical tourism destination.

He said there could also be sharing of capital equipment between hospitals, fellowships among doctors, and for Malaysian doctors making study visits in Taiwan hospitals.

Chang Gung is also the first hospital in Taiwan to install the proton and radiation therapy centre.

Wang said proton therapy is one of the world’s advanced and precise medical procedures designed to fight cancer. The equipment can accurately target a tumour without damaging normal tissue.