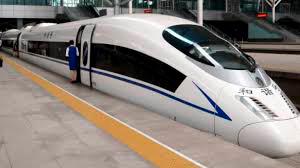 “When this project was cancelled, I felt that it was a bit ‘unfortunate’ for Melaka in terms of economy because before this, we were confident that if the HSR has its station in Melaka, it will definitely be a hub that can provide abundant benefits to all.

“Definitely the whole master plan (state development) that we have planned before, will (be changed) and not include this HSR project,“ he told reporters after attending the Masjid Tanah UMNO division delegates meeting here, today.

He said although the HSR project was terminated, the M-WEZ project, which would be developed on an area of 6,070 hectares from Umbai to Tanjung Bruas, would still continue. -Bernama

5.Businesses and healthcare experts say ‘no’ to more curbs