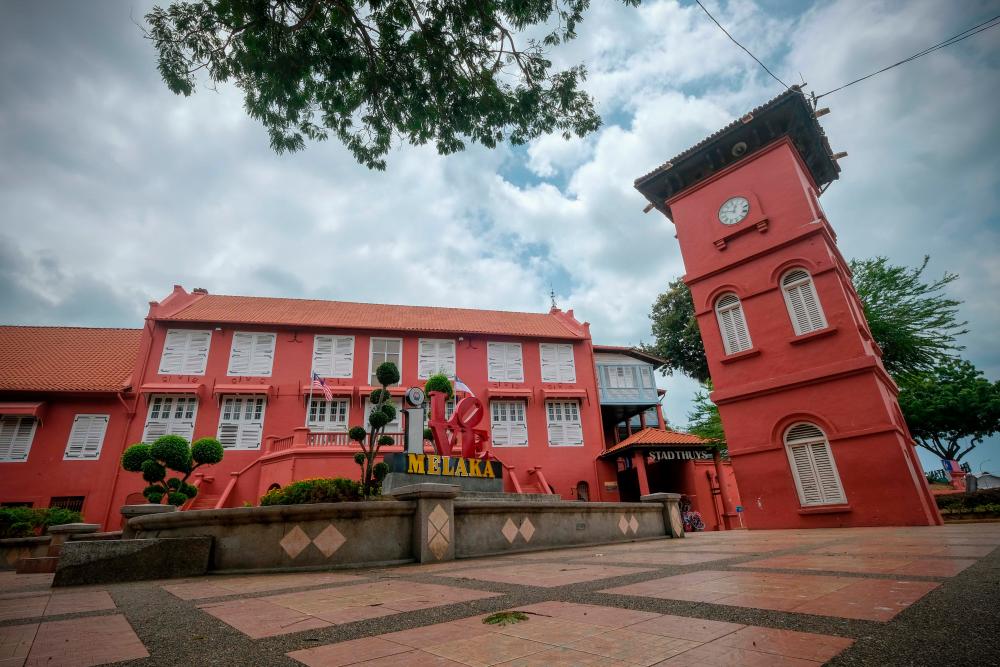 Ronald, who is also Agriculture and Food Industries Minister, said that the move (imposing SOPs during the campaigning period) would disrupt the party’s campaign activities, but it would make adjustments.

“We have to abide by the SOPs that have been set. For the past two years we have always complied with and followed all SOPs issued by the National Security Council (MKN) and MOH.

“There is no difference, when facing the election all parties must abide by the SOPs issued,” he said when met by the media after the National Agrofood Policy 2021-2030 launching ceremony at Menara Lembaga Pertubuhan Peladang today.

Yesterday, the MOH issued a ban on the organisation of any activities, gatherings or social events related to the Melaka polls from today (Oct 25) to Nov 27, after taking into account the current situation of Covid-19 cases.

Meanwhile, Selangor Umno Liaison Committee chairman, Tan Sri Noh Omar, said that the MOH’s announcement was appropriate in efforts to curb the spread of Covid-19 in the state during the upcoming polls. It must be implemented to avoid the increase in cases which had occurred in Sabah when the state poll was held last year, even though people had now been vaccinated.

“I agree, because we have to see that right now we are in a really extraordinary situation due to the Covid-19 pandemic, so that the works that we are doing also need to be extraordinary. Hence, we can probably implement an online campaign without having the need to conduct a face-to-face (campaign).

“It is true that during the Sabah polls, we did not have the vaccine, but for me, the vaccine is to protect ourselves but it won’t stop us from spreading (the virus). So, we will implement a new way of campaigning online and, based on experience, I see this online campaign as more effective than face-to-face,” he told reporters after launching a programme of entrepreneurs and agents involved in the dropship sector, today.

Noh, who is also Entrepreneur Development and Cooperatives Minister, said that the SOPs set by the MOH would be difficult to comply with if the election campaign was to be carried out face-to-face.

He also suggested that the online campaign method could be implemented in stages, with an elected representative working with 30 people and the machinery in his constituency, with the information then channelled to the next stage, via social media platforms.

In the meantime, Petaling Jaya Member of Parliament, Maria Chin Abdullah, has urged the government to allow all candidates daily prime and off-prime air time on all TV and radio stations, as well as to advertise their campaigns and election manifesto free of charge.

She also proposed that the government allow candidates to use mobile vans to announce their manifestos and campaign messages to voters throughout the campaigning period.

“Voters are disenfranchised if they do not know who their candidates are. Only candidates who are digital marketing-savvy may reach their voters which is an unfair advantage during these unprecedented times,” she said in a statement.

Apart from that, Maria, from PKR, proposed that the government allow voters to change their voting status to mail-in votes or postal votes at the nearest post office or online.

Meanwhile, in Kajang, Bersatu deputy president, Datuk Seri Ahmad Faizal Azumu, has urged all political parties to prioritise the health of the people when campaigning in the Melaka polls.

Ahmad Faizal, who is also Youth and Sports Minister, revealed that there were rumours that there were political parties planned to take advantage by using wedding receptions or birthday parties as a campaigning platform in the election.

“Don’t use the ‘loophole’ in the SOPs because in the end, the losers are the people. I urge all members of political parties as well as politicians to prioritise the safety and health of the people,” he said in a press conference after launching the National Anti-doping 2021 seminar in Bangi today.

He said there were other ways to carry out the campaign by utilising social media to explain the manifesto that could be offered to voters as opposed to the face-to-face method because it was feared that it could trigger the increase in Covid-19 cases. — Bernama