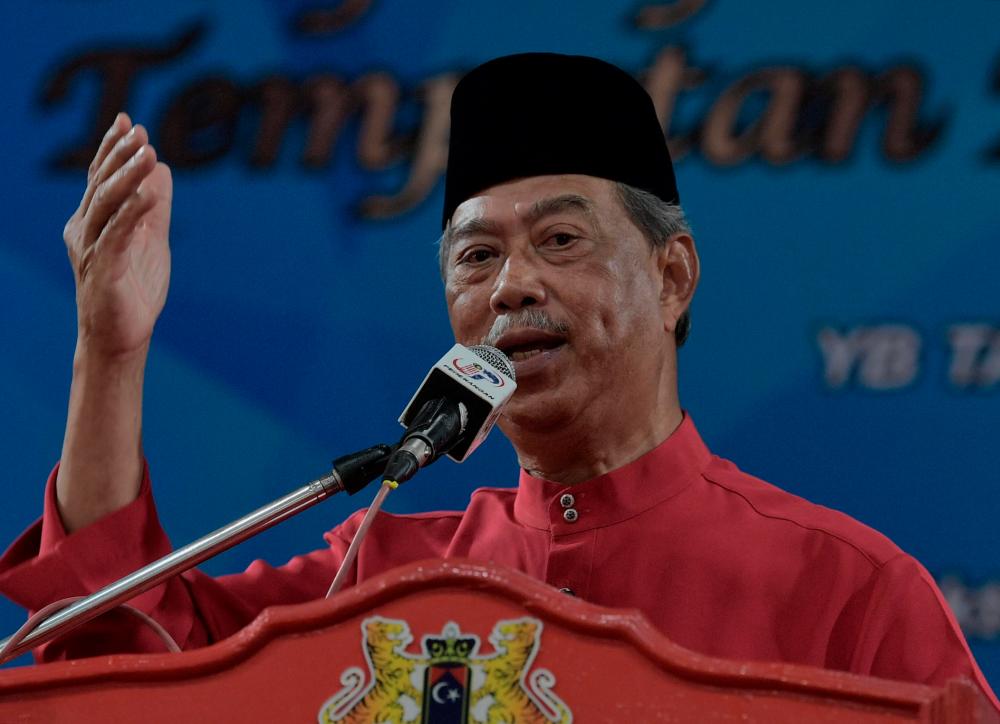 TANGKAK: Perikatan Nasional (PN) is set to contest all 28 seats in the Melaka state elections on Nov 20.

As such, its chairman, Tan Sri Muhyiddin Yassin said he had directed that negotiations among the parties in PN, including PAS and Gerakan, be held immediately.

Muhyiddin, who is also Parti Pribumi Bersatu Malaysia (Bersatu) president, said he had already expected Umno’s decision not to work with PN but decided to wait for Umno to state its stance or decision whether to cooperate to avoid clashes in the state election.

“Now they (Umno) have said no way and that’s a fact. I have announced in Melaka that we are ready to face any kind of contest, whether two-, three- or four-pronged, it is not a problem for us.

“That is why yesterday I urged (that) negotiations between parties in the PN be expedited. Basically, they have agreed that for the 28 seats to be contested in the State Legislative Assembly in Melaka, we will divide them according to the situation and circumstances and hopefully we can achieve success.

“I think there’s a big possibility we will contest all seats and the 28 seats will be divided between the parties I mention earlier,” he told reporters after meeting Gambir state assembly leaders at the Bukit Gambir Multipurpose Hall here today.

Muhyiddin said this when asked about the statement by Umno president Datuk Seri Dr Ahmad Zahid Hamidi yesterday, which stated that the party would not work with Bersatu in any election.

Asked if PN had any candidate for the Chief Minister’s post, the Pagoh Member of Parliament said the party had many qualified candidates.

Asked whether the state election should be deferred due to the increased number of Covid-19 cases, Muhyiddin said the elections could not be delayed as it is constitutional because after the governor had dissolved the state assembly, an election would need to be called within 60 days.

“Also the election commission has met and agreed on a date. So I hope the commission will take note of what happened in the Sabah state elections and come with the necessary standard operating procedures (SOPs) to contain and control the spread of diseases and prevent a surge in cases.

“This can be done by limiting the movement of people during campaigning and also the use of social media or other online platforms during the election,“ said Muhyiddin, who is also chairman of the National Recovery Council.- Bernama

4.Police to charge woman with arson for quarantine hotel fire