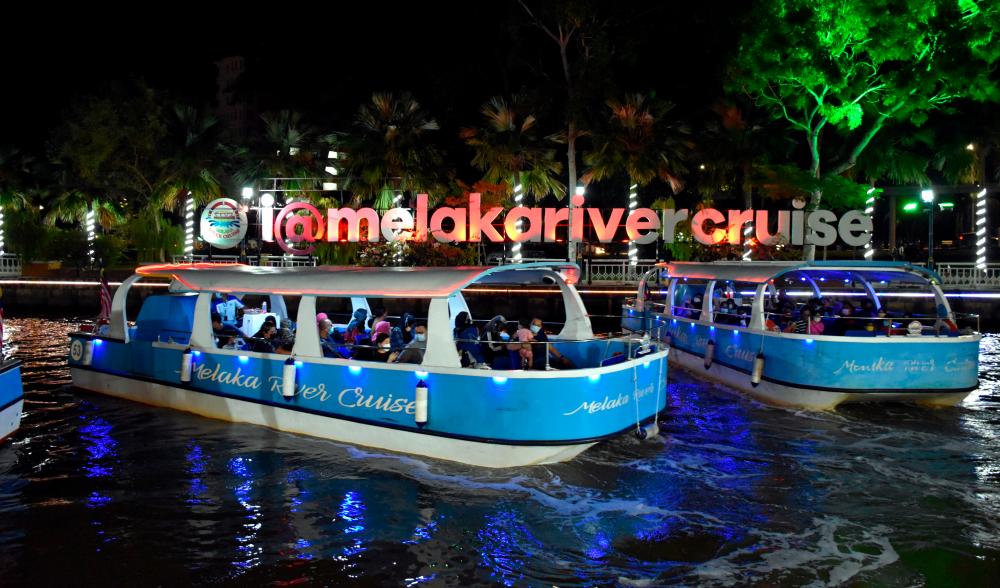 MELAKA: Some 10,000 visitors went on the Melaka River Cruise (MRC) within 14 days after Melaka opened its tourism sector following the state’s transition to Phase Three of the National Recovery Plan (PPN) since last Oct 1.

Perbadanan Pembangunan Sungai dan Pantai Melaka (PPSPM) chief executive officer Datuk Murad Husin said this showed a positive sign for the corporation to achieve the target of getting 200,000 visitors for this year.

“On Thursday (Oct 14) alone, we recorded a total of 1,400 visitors and the number is expected to increase over the weekend, especially with the cross-state travel now allowed,” he told Bernama when met at the MRC here last night.

Murad said various plans would be implemented in stages to attract more tourists to MRC, including offer of pit stop package at 14 jetties under Phase One of Sungai Melaka project involving the route from Muara Sungai Melaka to Taman Rempah here which is expected to be launched on Oct 23.

“Through the package, visitors can take the MRC to their respective destinations at the 14 stations, like Kampung Morten, The Shore, Kampung Hulu and Kampung Jawa using a ‘one day access ticket’,” he said, adding that a total of 28 pit stops would be built along the Melaka River for the cruise.

He said the ticket price is RM25 for children, adults (RM40), senior citizens and students (RM30) while, for foreigners, it is RM50 and RM40 each for adults and children, respectively.

Besides the pit stop package, he said PPSPM would also introduce the “water taxi” at as a new product for the MRC and as a new medium of public transport.

It is to make it easier for consumers to move from one destination to another as well as reducing traffic congestion, especially during the school holiday season, he added.- Bernama