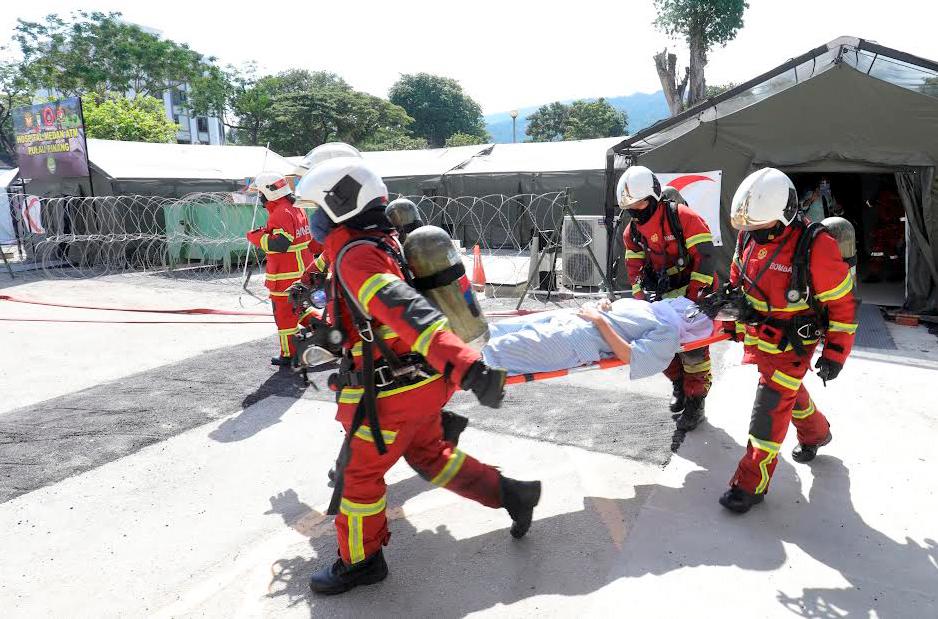 GUA MUSANG: An Orang Asli man from Pos Dakoh who tested positive for Covid-19 was rushed via a mercy flight to the Gua Musang Hospital to seek further treatment yesterday.

Gernop Anak Merom, 57, who had a fever, cough and difficulty breathing, was flown to the hospital in a Fire and Rescue Department’s (JBPM) air unit helicopter.

The unit’s public relations officer Mohd Farhan Marzuki said the Agusta AW189 helicopter departed from Subang at 12.44 pm and arrived at the Gua Musang Fire and Rescue station at 1.43 pm.

“The helicopter then flew to Pos Dakoh and transported the patient at 2.04 pm before turning back to the Gua Musang Fire and Rescue station at 2.48 pm,“ he said in a statement, today.

Mohd Farhan said upon landing, the patient who was in a stable condition was then rushed to the Gua Musang Hospital by the fire department’s Emergency Medical Rescue Services (EMRS) unit.- Bernama