Message of hope during troubled times 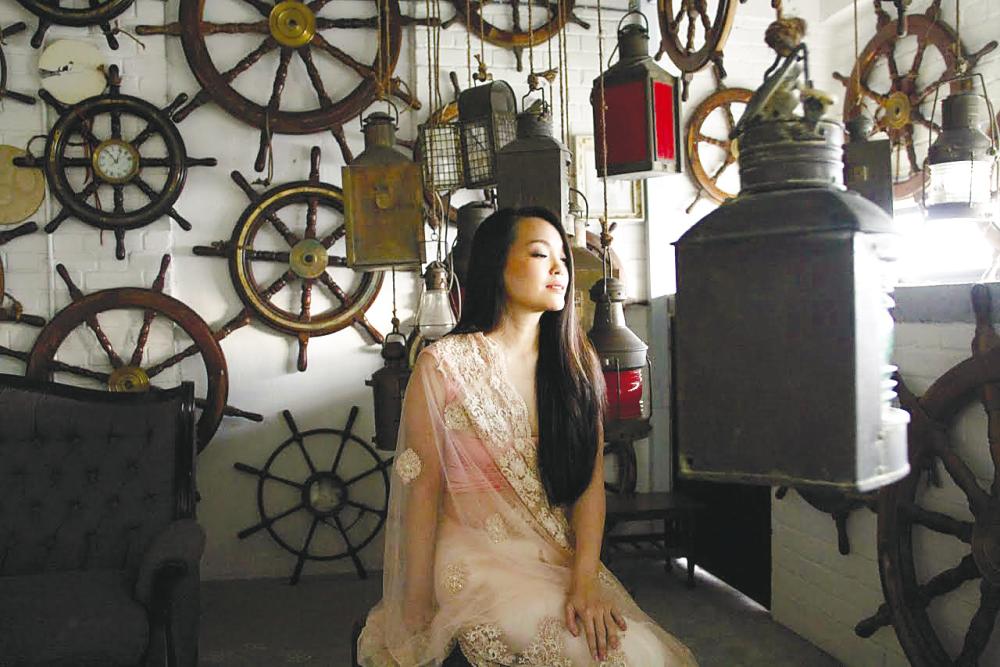 FOR most, an art piece depicting a sunken ship and dead sailors to inspire hope would be the greatest of ironies.

But for Poesy Liang, the artist behind “The Pirate’s Daughter”, every message of loss also comes with redemption and solace, a sort of promise that there will always be light at the end of the tunnel.

It is also a personal reflection of the burdens carried over from the past, but with a determination to make something positive out of it.

Her work of art is an installation combining a total of 62 ship’s wheels, 38 storm lamps, seven oars, three hunting spears, three Western and an Oriental swords, two trumpets and other reminders of life in the high seas, or eras when pirates ruled the waves.

The many pieces combine to resemble an underwater graveyard of a pirate’s loot, a spot on the ocean floor where sunken ships and the souls of dead sailors rest.

Each of the 62 ship’s wheels represents a vessel with hundreds of sailors, who have been murdered before they could find their way back to their loved ones, and in today’s context, also a reflection of the fears of those who have tested positive for Covid-19.

“Their souls followed the pirate’s daughter because she truly understood what it was to never go home,” Liang told theSun.

The art installation is the result of her father’s hobby, a 40-year avocation that not only bankrupted the family but also resulted in the decline of his and his family’s mental health.

Liang even composed a tune in 2014, titled Forgotten Star, played on a broken grand piano to give life to her installation. It is the melancholy tune of a heartbroken pirate’s daughter.

She sees her work as relevant especially now that the world is engulfed in a war against an invisible enemy.

“It is a reflection of the fear and loneliness faced by those who have been infected with Covid-19, and may never get to see their loved ones again,” she said.

Liang began work on the installation at her family home in Kuala Lumpur in 2001, but it was only ready for viewing in 2004.

It remained there for 13 years before it made appearances in several galleries over the next four years.

The installation, which measures 46.5m wide and more than 4.5m tall, is currently situated at the Abundantia Kuala Lumpur, a private art space in Sungai Buloh, since May 1, and will remain there until the end of the year.

“It took me and my two-man crew five weekends to dismantle the installation, move it to its new home and then reassembling it,” she said.

Due to the current movement restrictions, Liang plans to conduct virtual tours on Zoom for art enthusiasts.

The tour will include a close-up view of the art installation, with her explaining what each piece depicts.

Liang has plans to take the artwork abroad, and China and the United States are on her list of stopovers.

But for her, the ultimate aim is to find a permanent home for her work of art.

“My life is a dark riddle that has just come to light.

“The ‘Pirate’s Daughter’ is that inner world of turmoil that has taken 40 years to resolve, but it will not be complete until it gets its own place in a museum,” she said. STPM results out on Aug 18 Dozens in China infected with Langya virus found in shrews

STPM results out on Aug 18

Dozens in China infected with Langya virus found in shrews

5.Dozens in China infected with Langya virus found in shrews