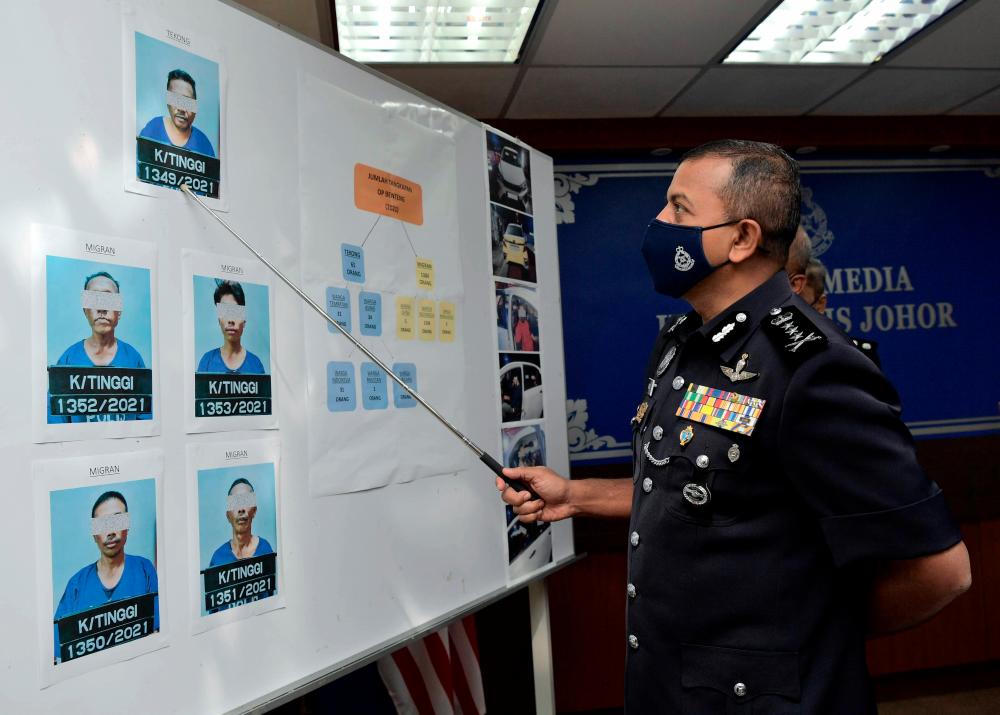 JOHOR BAHRU: Johor police have detained 12 members of a migrant smuggling syndicate dubbed as ‘Geng Janggut’ through Op Benteng at three locations around the city and Kulai on Wednesday and Thursday.

“The mastermind of the syndicate is known as Joni Aripin @ Janggut and his two right-hand men are Muhidin @ Muhit and Gern @ Galang. All three are Indonesians. The syndicate has been active since April in the Sungai Tengah area in Bandar Penawar, Kota Tinggi.

“Each migrant is charged RM1,300 to enter Malaysia and RM1,500 if they want to exit this country,” he told reporters at the Johor Police Contingent Headquarters here, today.

Ayob Khan added that the syndicate was believed to have brought in 465 migrants and smuggled out 150 others between June and September this year.

He said all the suspects - nine men and three women - were being investigated under the Security Offences (Special Measures) Act 2012 and Section 26(a) of the Anti-Trafficking in Persons and Anti-Smuggling of Migrants Act 2007.