Migrate towards building a developed country with strong unity: Agong 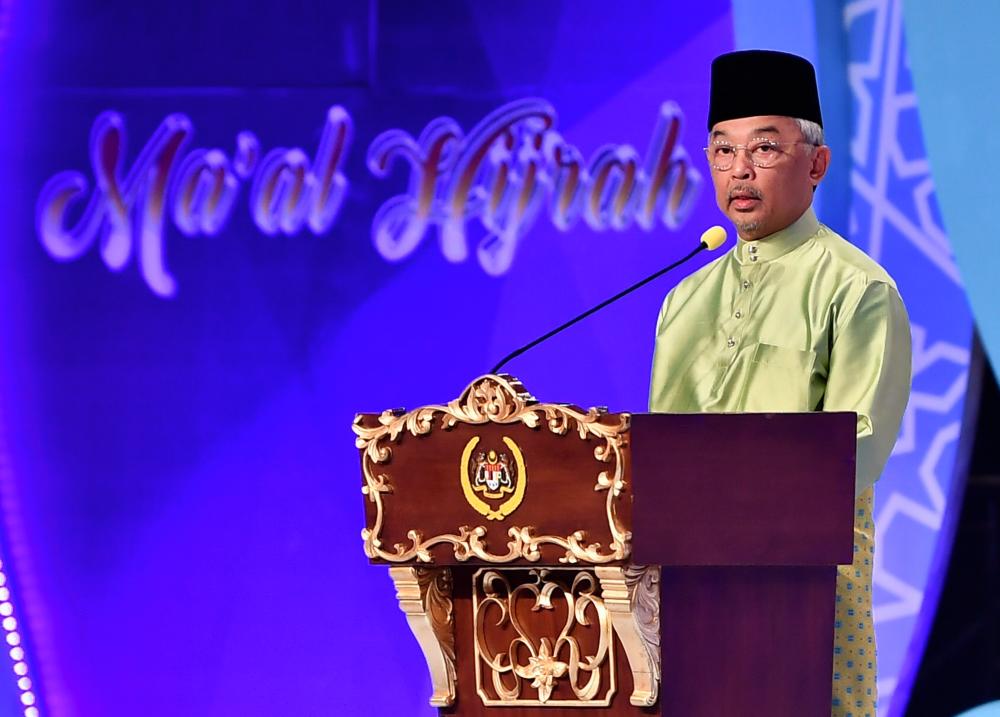 PUTRAJAYA: Yang di-Pertuan Agong Al-Sultan Abdullah Ri’ayatuddin Al-Mustafa Billah Shah today called on Malaysians to “migrate” towards building a developed country with strong unity and harmony as its base in conjunction with the Maal Hijrah 1441H celebration.

His Majesty said the country’s migration to a higher level could be achieved through the spirit of tolerance and cooperation among the people of various races which formed the foundation of the strong unity in the country.

“In striving to migrate towards becoming a more tolerant society and imbued with love and care, let us not neglect the religious demands and the God’s law,” said the Ruler at the national-level Maal Hijrah celebration here.

Sultan Abdullah said the idea of the “Rahmatan-Lil-Alamin” (blessings for the whole world) could also bring the concept of community living to a higher level, adding that the concept, which is universal, was brought about by Prophet Muhammad.

His Majesty said since the country’s independence 62 years ago, Malaysia had been through various migrations.

“The country has gone through rapid physical development, a strong economic growth as well as maturity of its political landscape,“ he said, adding that there still is plenty of room more for the migration.

His Majesty said that the strengthening of ethics and values in administration and management is an aspect that should be implemented.

Sultan Abdullah emphasised that the formation of a developed country devoid of a culture of high integrity would be a flawed migration.

Supporting the effort to place the country’s governance based on the Islamic legal doctrine of Maqasid Syariah, His Majesty said through that approach, the highest migration that could be achieved would be to uphold the good and reject the bad in every citizens of the country.

“History has proven that nations and societies that are successful always carry out reforms and migration,” he added. - Bernama

3.Covid: Over half of adolescents in Sabah given first dose of vaccine