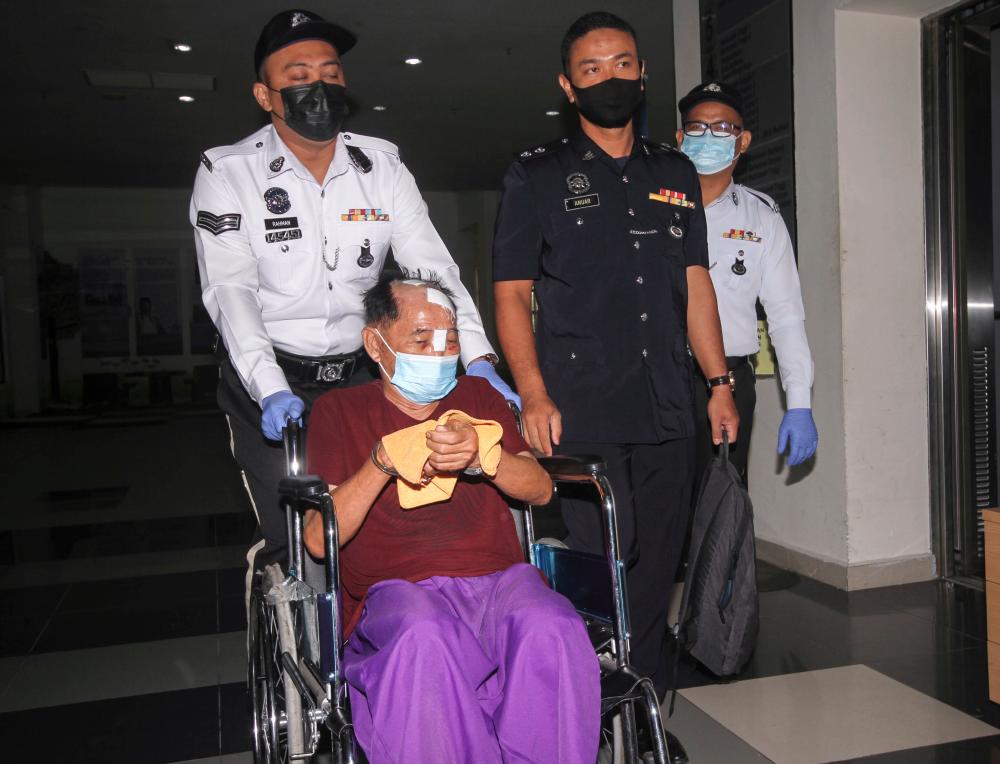 MUAR: A local mini market owner was charged at the Magistrate Court’s here today with killing a woman in an accident two days ago.

Gui Chui, 69, nodded in understanding when the charge was read to him through an interpreter before Magistrate Zuraidah Abu Bakar.

However, no plea was recorded from the accused as murder cases come under High Court’s jurisdiction.

According to the charge sheet, Gui was alleged to have caused the death of Norain Abu Samah, 41, at the Temenggong Ahmad traffic light junction along Jalan Pintasan Bandar here at 7.45 am on April 25.

He was charged under Section 302 of the Penal Code, which carries a mandatory death penalty if convicted.

Deputy public prosecutor Putera Amirool Faez Suhasi prosecuted, while the accused was represented by lawyer RK Balakrishnan. The court set May 25 for remention.

Last Sunday, media reported that a woman was killed, while her daughter suffered severe injuries after their car was rammed by a Toyota Hilux at the traffic light junction. A video clip of the accident went viral on social media.- Bernama

US authorizes AstraZeneca Covid treatment in some cases

Woods to make comeback from injury next week

1.US authorizes AstraZeneca Covid treatment in some cases

3.Omicron may pose higher reinfection risk but milder than Delta