Minister hits back at ‘do not donate here’ campaign 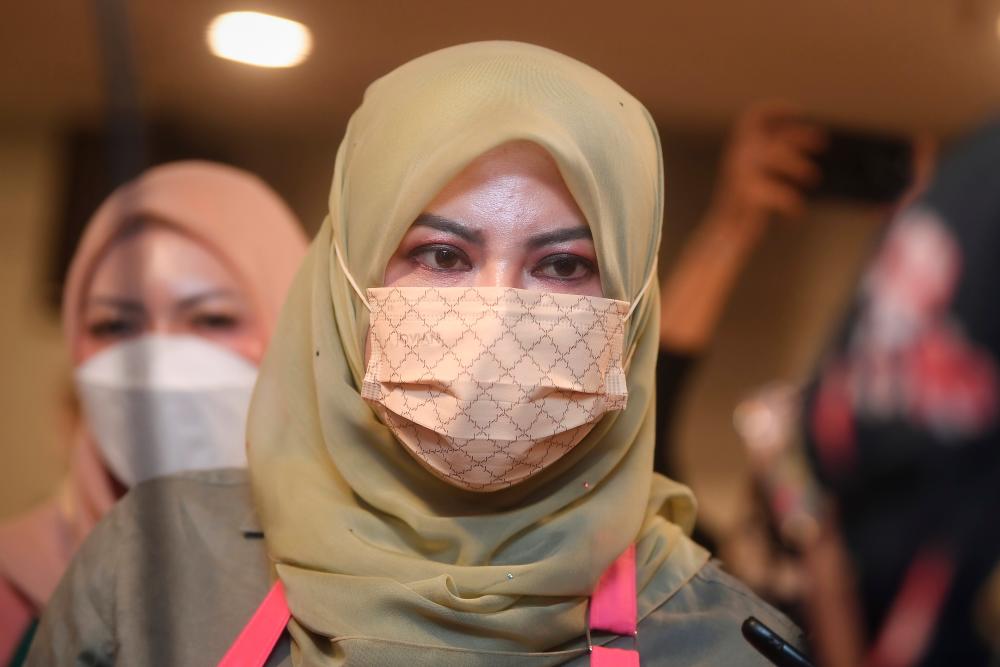 SEPANG: Campaigns like “Do Not Donate Here” which discourage the public from donating to disaster relief funds organised by the government are inappropriate as the country is now dealing with a disaster, said Women, Family and Community Development Minister Datuk Seri Rina Mohd Harun (pix).

She said the priority is to ensure that all resources were utilised to help the flood victims and that the funds would reach the target groups.

“The money we raise (through disaster relief fund) will be given to the people,“ she told reporters after visiting the flood relief centre (PPS) at Sekolah Kebangsaan Kota Warisan here today.

The “Do Not Donate Here” campaign is now trending on social media after many expressed their disagreement with the government collecting donations from the public to be channelled to flood victims. The campaign, however, encourages donors to contribute directly to non-governmental organisations.

“In situations like now, there is no need for such hashtags. Doesn’t matter who is doing it (raising money) as long as the recipients benefit and our aims are achieved,” said Rina.

On another matter, Rina said how she was dressed when visiting the Sekolah Jenis Kebangsaan Tamil (SKJT) Saraswathy PPS in Jalan Kelang Lama on Sunday should not have been made into an issue.

Rina said she went there in high heels because she had earlier attended an event at MITEC in Kuala Lumpur and immediately left after Tan Sri Muhyiddin Yassin had delivered his speech.

“While at the event, I received messages about flood-affected areas and felt I needed to go to the ground to gauge the situation. I changed my baju kurung to pants and blouse but in the rush did not have time to change my shoes.

“What is important is my presence at the location is to ensure their welfare is looked after and see what else I can do to help them (flood victims),” she said when asked to comment on criticisms regarding her dress code at the PPS. — Bernama