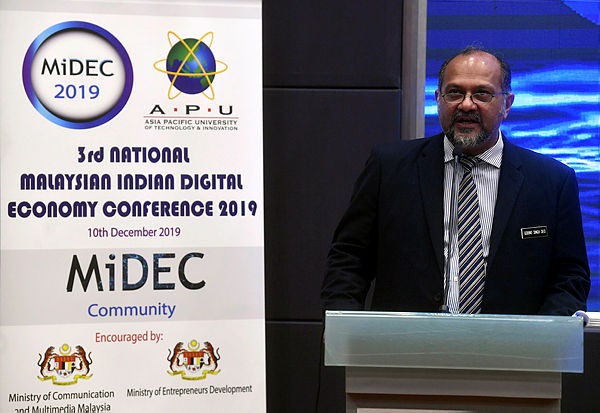 KUALA LUMPUR: The Ministry of Communications and Multimedia is always focused in its efforts to improve communications in all aspects besides overcoming whatever shortcomings there may be, said its minister, Gobind Singh Deo.

“For me, a lot of work needs to be done. My ministry is divided into several divisions including what we see today with the focus on the digital economy and so on which are all aimed at upgrading and improving what we call our communication technique.

“But I have no problem with the criticisms hurled at me. I feel this is a democratic process where everyone is allowed to express their respective views. For me, work goes on and we have to work harder to ensure that we are more successful,” he said after officiating the 3rd Annual National Malaysian Indian Digital Economy Conference 2019, today.

Gobind said that as a minister and leader, he needed to listen to whatever criticisms there were to ensure bigger success.

He was commenting on a statement by an Amanah delegate from Sarawak at the Amanah National Convention yesterday who wanted the Prime Minister to drop him as the Minister of Communications and Multimedia as he was perceived to have failed to promote the success of the Pakatan Harapan (PH) government.

On the cyber threat, he said it had been a matter of focus for so long especially in efforts towards achieving the technological and digital world.

“We have to ensure that for as long as we see how we can expand the infra network and so on, we too need to look at the aspect of security,” he said.

Gobind said that in terms of the enforcement aspect by the Royal Malaysia Police or the Malaysian Armed Forces, it must be implemented by by the other ministries involved. — Bernama