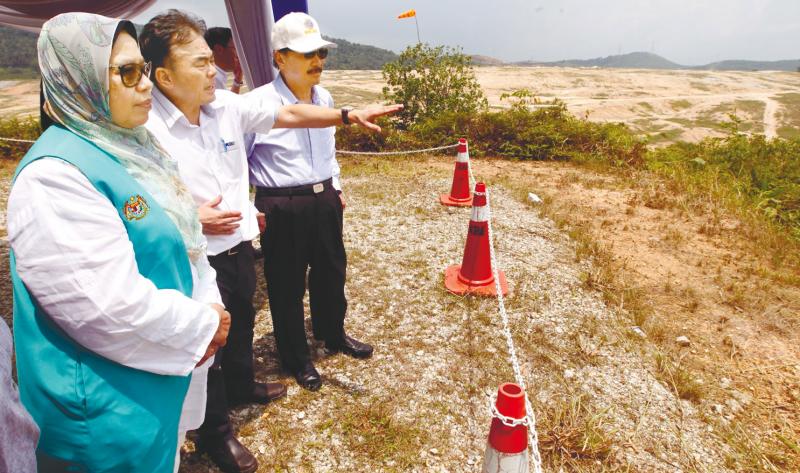 HULU SELANGOR: The Housing and Local Government Ministry wants to use Bukit Tagar Sanitary Landfill (BTSL) as a model for sanitary landfills in the country, said its minister Zuraida Kamaruddin.

The ministry will form a committee to look into having waste such as scrap metals, construction debris, food refuse, discarded electrical appliances and old clothing managed under one roof as is being done at BTSL.

BTSL is designed, developed and operated by KUB-Berjaya Enviro Sdn Bhd under a concession from the federal government.

“In two weeks, a committee will iron out the details on how to make this place an example,” Zuraida said during a site visit to BTSL yesterday.

“The ministry will steer the committee to turn this place around to be something iconic for the country, and I see the potential of the 687.96ha BTSL as a landmark that will be an attraction for tourists too someday,” Zuraida said.

She pointed out that the country has many dumpsites but they have not yet been turned to sanitary landfills.

BTSL is the first and only sanitary landfill in Malaysia, handling 600 million tonnes of waste produced in Kuala Lumpur and Selangor.

Zuraida said many states have dumpsites that are not well-organised.

BTSL, which is one of the largest and most advanced sanitary landfills in Southeast Asia, can be a model for these states, she said.

“Bukit Tagar has one of the lowest tipping fees in the world for a facility utilising modern technology and high standards employed at the landfill,” he said.

Tipping fees are paid by individuals or companies who dispose of waste at landfills.