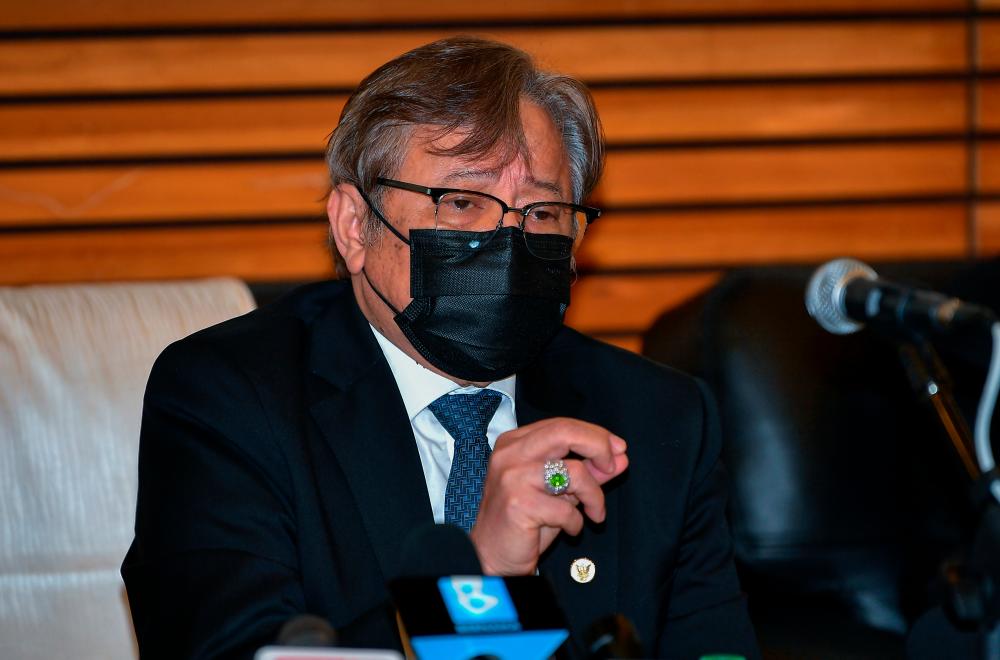 MIRI: Located about 200 metres above sea level, the iconic hill in Miri city known as Bukit Kanada has witnessed the beginning of the development of Miri division.

Standing majestically on top of the hill is the Grand Old Lady, Malaysia’s first oil derrick drilling platform that was built after the country’s first oil well was discovered some 123 metres below the ground on August 10, 1910.

The discovery marks the historic beginning the rapid development in Miri which was already known for its potential to become a ‘black gold’ producer as early as 1882.

The first person to record the presence of oil in Sarawak was Claude Champion de Crespigny, who was the Resident of Baram, the administrative centre of the Fourth Division of Sarawak during the reign of the Brooke family, before it was moved to Miri.

Since then, Miri has propelled from a sleepy fishing village to a booming oil town before creating another history by becoming Sarawak’s second city on May 20, 2005.

Covering an area of ​​26,777 sq km, the Miri division, currently has a population of 350,000 and is divided into five districts, namely Miri, Marudi, Sibuti, Beluru and Telang Usan which have achieved rapid progress under the leadership of the sixth Sarawak Chief Minister, Datuk Patinggi Abang Johari Tun Openg(pix).

Of all the districts, Miri is experiencing the most rapid development through the construction of several public facilities and commercial centres.

The new urban downtown will be built through a crafted blend of traditional and contemporary design elements with the focus of creating a friendly urban development pattern as well as promoting a new sustainable economy for Malaysia.

Sarawak Transport Minister Datuk Seri Lee Kim Shin, who is also Senadin assemblyman, said he hoped that the new development plan would become the key driver for Miri to becom a developed district in 2030.

Other projects are the extension of Sungai Arang Bridge (RM22 million), the construction of five bailey bridges along Miri-Marudi road (RM14.7 million) and the first phase of a mini-industrial estate (RM11 million).

Marudi assemblyman Datuk Dr Penguang Manggil said all the projects were successfully implemented with the full support from Sarawak leaders as well as close cooperation between the state government and the people in Marudi.

Meanwhile, the migration of workers has contributed to the growth of the agriculture sector in Sibuti or formerly known as Subis which has an estimated population of 39,601.

Abang Johari, when announcing the renaming of Subis to Sibuti in 2017, said it was part of the Miri Division Development Master Plan, which also included suburban areas that would be developed as tourist destinations.

The master plan encompasses the construction of a bridge worth RM24 million in the town of Bekenu in Sibuti, while RM5 million has been allocated to develop a resort area in Tusan which is known for its beatiful beaches.

To ensure that no district in the Miri Division is sidelined, the state government has allocated RM150 million to repair the 40km-stretch of Beluru-Pekan Lapok road in Beluru.

Beluru’s neigbouring district is Telang Usan, that is endowed with the beauty of nature and a rich cultural heritage

Among the interesting tourist destinations in Telang Usan are Julan Waterfall and Tekiwit Waterfall as well as having a visit to Orang Asli communities who have their own distinct culture and unique way of life.

The introduction of the Sarawak Alternative Rural Electrification Scheme (SARES) project in 2016 has greatly improved the living standards of the locals, especially at longhouses in the district.

Mulu assemblyman Datuk Gerawat Gala said that under the project, more than 100 longhouses in his constituency have been able to enjoy 24 -hour electricity supply while 11 other longhouses and villages were in the process of getting the power supply.-Bernama