MMEA foils attempt to smuggle out contraband booze from Labuan 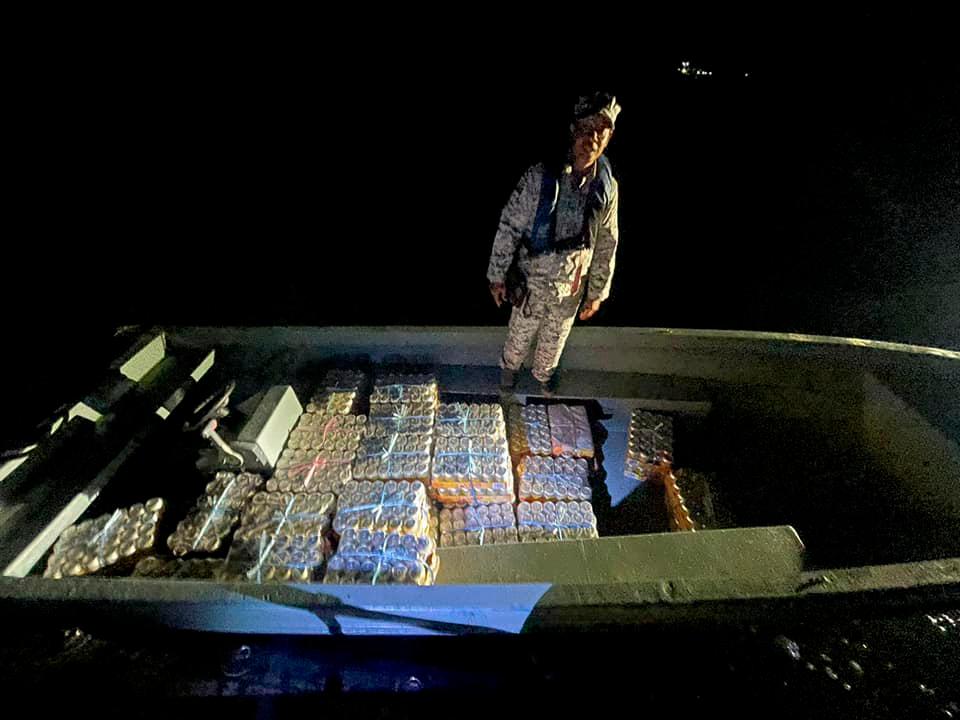 LABUAN: The Malaysian Maritime Enforcement Agency (MMEA) foiled an attempt to smuggle out 1,680 cans of Skol Beer worth of RM10, 300 (including unpaid tax duty) from this duty-free island yesterday (Sept 21).

MMEA Labuan director Maritime Captain Nudin Jusoh said although the smuggler involved fled inland near the Mempakul river, he left behind the contraband, as well as a fibre-glass speed boat with a Yamaha engine worth more than RM26,000.

He said an MMEA patrol boat was conducting a routine operation in Labuan waters at 1am when the team on board spotted a suspicious-looking speed boat from Labuan speeding towards Menumbok in Sabah.

“After tailing the speedboat for about 15 minutes, the smuggler sensed the presence of our team, and he sped off towards shallow waters along the Mempakul River and escaped, leaving the contraband behind,” he told Bernama today.

He added that the contraband Skol Beer will be handed over to the Royal Customs and Excise Department for further action. - Bernama