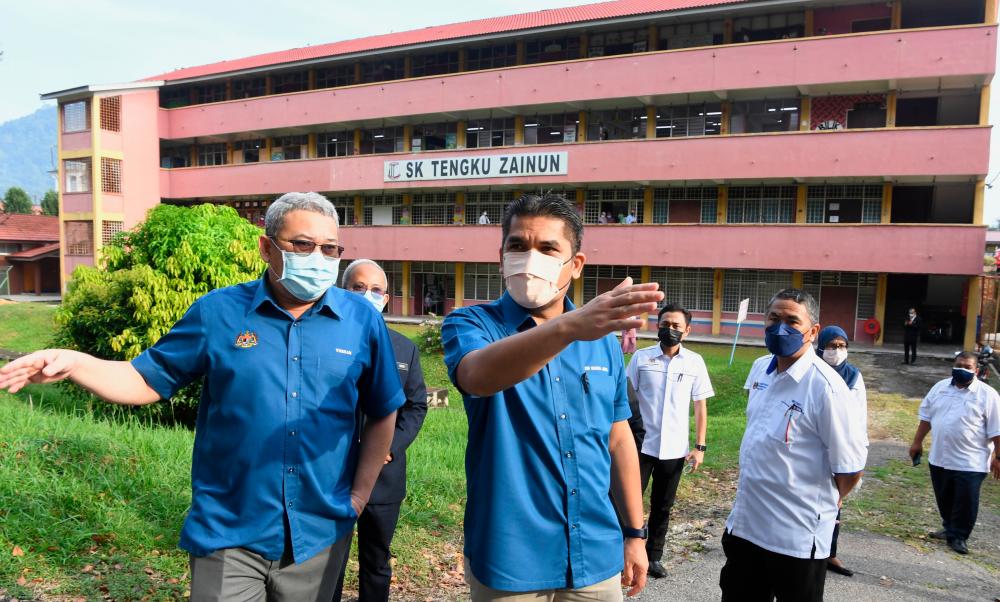 TAMPIN: The Ministry of Education (MOE) is discussing with the Ministry of Health (MOH) on the vaccination rate of Form Five students to enable them to attend school without rotation.

Education Minister Datuk Dr Radzi Jidin said it was following the increase in the vaccination rate of Form Five students which saw 371,696 of them or 97 per cent have received the first dose of the Covid-19 vaccine, while 57.9 percent (142,655 students) have completed the vaccination.

“Students have started returning to school and the standard operating procedures have been implemented well, however, we may consider for some groups of students (to attend physical classes) on a non-rotational basis.

“Maybe we can start with Form Five students as implemented for students (who would be sitting for) the Sijil Tinggi Persekolahan Malaysia (STPM) STPM examination,” he told reporters after visiting Sekolah Kebangsaan Tengku Zainun, Tampin, here, today.

Meanwhile, Radzi said a total of 339,951 students were allowed to attend physical classes in the states that have moved into Phase Four of the National Recovery Plan (PPN), namely Negeri Sembilan, Labuan and Langkawi, beginning yesterday and today.

The MOE had previously announced that schools in states that have Phase Four of the PPN will be reopened involving Level 1 (Year 1, 2 and 3) primary school students, as well as Form Three and Form Four students in secondary schools on Nov 1.

He said through PdPR, teachers would inform students about the preparations that needed to be done before attending their the face-to-face classes the following week.

“When students come to school the following week, teachers will look at which topic their students failed to understand during the PdPR session and help them with that,” he said. — Bernama

1.Holiday Cultural Festival at Jaya One

4.Kiwi spinner Ajaz gets 14-for but India on brink of victory