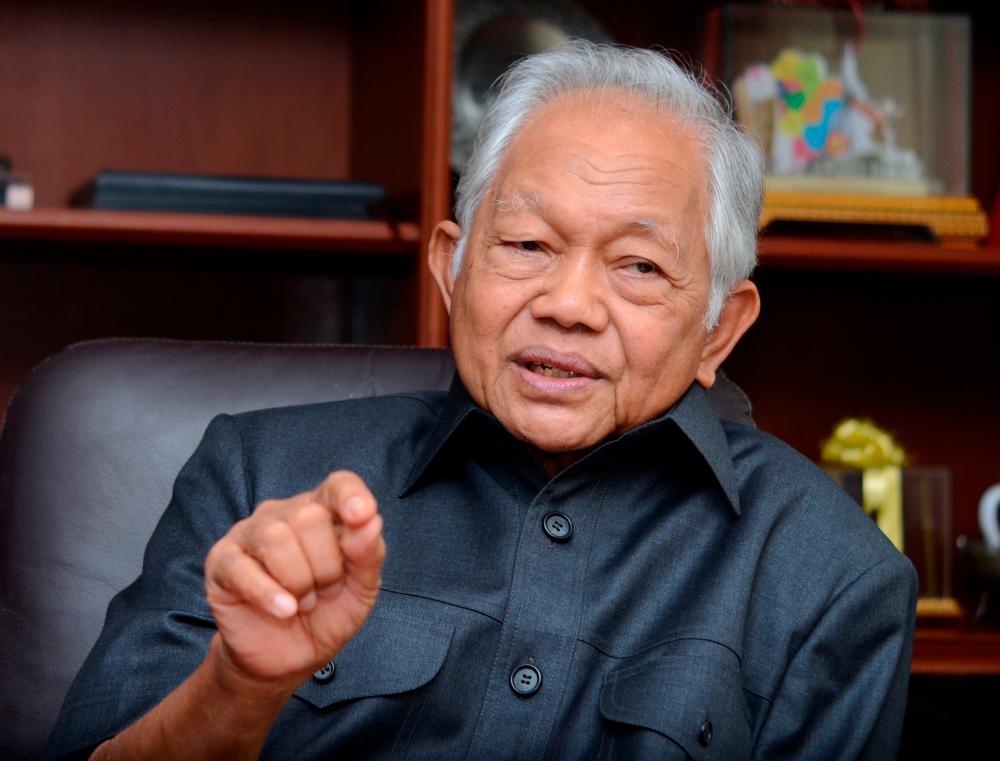 KUALA LUMPUR: Former Tenaga Nasional Bhd (TNB) chairman Tan Sri Leo Moggie (pix) said he had truly enjoyed his 16 years with the Malaysian largest utility company, thanks to the support and cooperation from its workforce, management and board of directors in ensuring that it carries out its responsibilities with utmost professionalism.

“I had a very happy time with TNB. It has been an honour to serve and always been comforted by the support of the staff. We more or less treat ourselves as family members, very polite and professional.

“I hope that it is the affection of how TNB has actually done and handled its role over the years. People come and go, but the organisation like this will continue... I think in my case there is no difficulty between me, the members of the board, as well as the management,” he said.

Moggie, who was appointed chairman of TNB on April 12, 2004, became the company’s longest serving chairman with 16 years of service.

He was replaced by Tan Sri Ahmad Badri Mohd Zahir as chairman of the national utility company, effective March 12.

Moggie said perhaps one of the main reasons that encouraged the government to continue extending his role in TNB over the years was because of the way the company had functioned.

“They know that we keep improving ourselves in terms of providing our services to consumers, they know that our role is to provide electricity in the most efficient way that we can. I think that is a recognition not on me as a person but the organisation as a whole,” he told Bernama in an interview.

TNB Transformation over the past 16 years

As an organisation, TNB has grown in terms of capacity, supplying electricity nationwide through its extensive 132 kilovolt (kV), 275 kV and 500 kV transmission network, known as the National Grid.

TNB started from its humble beginning as a government agency, Lembaga Letrik Negara (LLN) or the National Electricity Board (NEB) before it was privatised in 1990 and subsequently corporatised and listed on Bursa Malaysia as Tenaga Nasional Bhd in 1992.

“Since the LLN days, TNB has always have this motto ‘always keep the lights on’, and the last 16 years, I must say that I have been happy to see that TNB, as a company responsible for utility, has fulfilled that mandate and trust to keep the lights always on.

“Secondly, not only to keep the lights always on, the coverage of electricity has reached every place in Peninsular Malaysia, including isolated places like orang asli villages -- that’s one achievement.

“Thirdly, how TNB has over the last 16 years repeatedly been reviewing its own management operations, always very sensitive, first meeting the changing expectations of consumers, therefore, serving consumers has always been a priority among TNB staff,” he said.

Moggie said adapting to the new technology and market change was another important proactive stand of the TNB management, supported by the board over the last 16 years.

“You may remember two years ago, we embarked on this idea called ‘Reimagining TNB’ and earlier this year, we have gone through with the board to convene a general meeting to allow the reorganisation of TNB so that it can meet its future expectations of a more competitive electricity industry market,” he added.

Moggie pointed out that competition in the power industry in the long-term is going to be good and it cannot be stopped.

“As from the TNB point of view, it also makes TNB staff more efficient, as long as a real competition is made,” he said.

Moggie said TNB has always anticipated and adapted to changes since the emergence of the first independent power producer (IPP) in 1990, in ensuring electricity supply security after several power outages due to increased demand.

“During that time, I was still in the cabinet. And yes, the existence of IPPs has met the target and objective of its establishment. Don’t forget when the first private sector investment in the power plant was given clearance, it was a new experience to the country.

“Hence, the participation of the IPPs in the industry has helped grow the industry since then and made it more competitive,” he said.

To a question, Moggie said there was tnothing wrong in getting the private sector to invest in building power plants, but it was vital that such investment should be chosen based on competitive bidding.

“All parties have the right to bid and the people who submit the most competitive bid in terms of rate and cost should then be given the mandate to start building power plants for long-term needs.

“If that is followed, it would be good, and this will increase private sector confidence to invest in building power plants, he said.

Moggie said alternatively, the country could emulate the practice of some European countries, which had introduced a more open system called ‘merchant market’ where the contract period is shorter.

They built a power plant and then sell the electricy to the utility company that transmit and sell it to the consumers in a very competitive environment, he added.

However, new investors may not be prepared to invest in new power generating capacity without having an assurance from the market and therefore, they will revert to the long-term power purchase agreement.

Preparing for the future

Moggie said the power industry is expected to continue to be very good and stable going forward, following the increase in electricity demand.

“However, the demand growth will not be as high as we used to experience in the past. In the past, I think planning people in LLN in those days and even in TNB in those years looked at the gross domestic product growth (to calculate the demand rate), and then they were put in formula.

“Whatever it is, that will be the projected growth of demand. Now that has reduced. But we anticipated that potentials for the power industry will still be there.

“From the TNB point of view, the improvement of the efficiency of the system is the one area which TNB is focusing on now,” he said.

TNB has now introduced the smart metre that can be read remotely and allowed consumers to manage their own consumption. It is also engaging in the smart grid network to facilitate the increased injection of green renewable energy into the network.

Meanwhile, Moggie said Malaysia is now having one of most reliable energy networks in the region, comparable to advanced countries.

This was due to the sustainable ecosystem introduced under the incentive-based regulation (IBR) framework, as well as the imbalance cost pass through implemented by the Energy Commission in the last four years.

“The IBR implementation has ensured that utilities will be allowed to achieve an equitable return on their assets, provided that they are able to meet both the performance and efficiency levels required by regulators.

“Furthermore, the ICPT (imbalance cost past through) mechanism has helped mitigate shocks from fluctuating global fuel prices through regularly scheduled ICPT adjustments in line with any market movements,” he said.

Hence, TNB viewed that the implementation of both the IBR and ICPT marks a turning point in the Malaysian Electricity Supply Industry (MESI).

“With the persistent technology disruption, it is important for MESI to be prepared for the oncoming fundamental shifts impacting the global power industry.

“Whether you want it or not, technology will force you to do it, so it’s better for us to be proactive in it,” Moggie said. — Bernama

Spike in accidents expected due to eased travel restrictions

US medical experts to vote on Pfizer Covid boosters

Spike in accidents expected due to eased travel restrictions

US medical experts to vote on Pfizer Covid boosters

2.Spike in accidents expected due to eased travel restrictions

3.US medical experts to vote on Pfizer Covid boosters

4.Kohli to step down as India’s T20 captain after World Cup