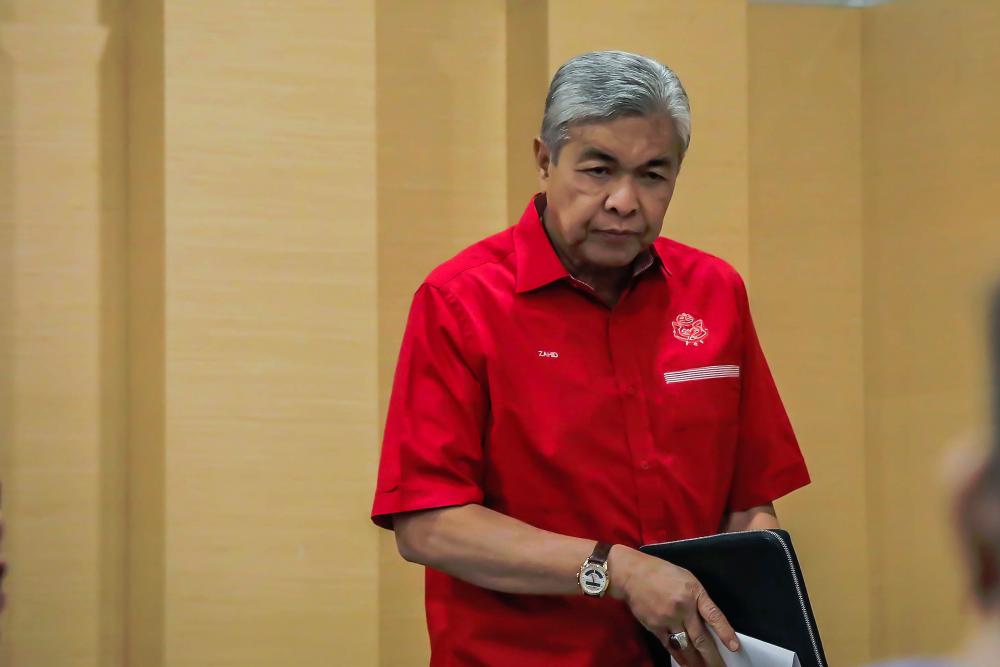 Political analyst from Universiti Putra Malaysia, Assoc Prof Dr Mohd Izani Mohd Zain, said the calls were not something new but had been heard long before the election was held.

“Even though the defeat was a collective responsibility in UMNO, the president must be held accountable, as was Datuk Seri Najib Tun Razak in the last general election.

“Not only in Johor but other states are also expected to do the same (demand for Ahmad Zahid’s resignation),” he told Bernama when contacted.

He said this when asked about the calls made by Johor BN election operations director Datuk Onn Hafiz Ghazi and state UMNO leaders today.

He added that the Johor Menteri Besar’s statement reflected the voice and aspirations of young leaders in UMNO to bring change to the party.

Another political analyst Mujibu Abd Muis said Johor is the first state to call for Ahmad Zahid’s resignation because, for a coalition that won a two-thirds majority in the state election in March, losing so badly in GE15 makes things worst for BN.

He said the Malay tsunami that rejected BN, as well as those who returned to the state to vote, were among other factors that contributed to its defeat, apart from Ahmad Zahid himself.

“BN lost so severely because of his (Ahmad Zahid’s) failure to respect the oligarchy in UMNO and formulate a strategy after the absence of Bossku (Najib).

“After Bossku, it seems like there was no other icon or pull factor like during the March state election,” said the senior lecturer of the Faculty of Administrative Science and Policy Studies at Universiti Teknologi MARA Negeri Sembilan Campus.

As such, he said, BN’s poor performance in GE15 should serve as a clarion call for the UMNO president to step down without being asked to do so.

Earlier, Onn Hafiz, in a statement uploaded on Facebook, said that changes needed to be made because many UMNO, MCA and MIC leaders of calibre and potential lost in GE15 because BN did not want to listen to the pulse of the grassroots. - Bernama