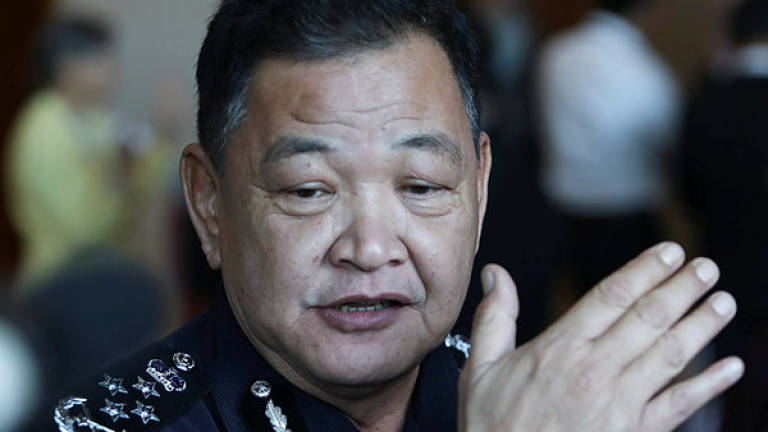 KUALA LUMPUR: Since Inspector-General of Police (IGP) Tan Sri Abdul Hamid Bador (pix) assumed his position, more than 250 police personnel have been nabbed in the crackdown on drug abuse in the force.

“A total of 252 police personnel have been arrested since May 23, and tested positive for drug use. Any personnel found involved in or convicted for drug offences will face disciplinary action under Public Officer (Conduct and Discipline) Regulations 1993. The uniformed offenders will be punished, ranging from warning to demotion and some might also be fired from their job,” Azis told the Dewan Rakyat today.

He was answering question raised by Lim Lip Eng (PH-Kepong) who wanted to know the number of police personnel arrested since Abdul Hamid took over as IGP.

Lim said the total number of arrests within the department was “alarming”.

“A total of 252 officers arrested in five months ... that’s around 50 officers (arrested) in a month. That is a very alarming phenomenon,” Lim said.

Lim suggested the ministry reward personnel who provide information on drug abuse cases within the department.

The suggestion was positively greeted by Azis, who explained the matter would be brought to his ministry for consideration.

“We welcome any policeman to come forward with information and of course, rewarding will be considered.

“We will bring this to the ministry if certain rewards can be given to officers who provide such information or who co-operate with the authorities,” he replied.

On another matter, Azis revealed that police have made 1,047 arrests of those believed to be involved in fake MyKad syndicates and falsifying documents between 2013 until Sept 30 this year.

Based on records from the National Registration Department (JPN) during the period, a total of 2,100 enforcement operations were conducted against syndicates, those holding false identity cards or owning documents of other individuals.

The detainees were charged under the National Registration Regulations 1990.

Will a company by any other name be just as profitable?

‘Back to work’ for Kim

1.Will a company by any other name be just as profitable?