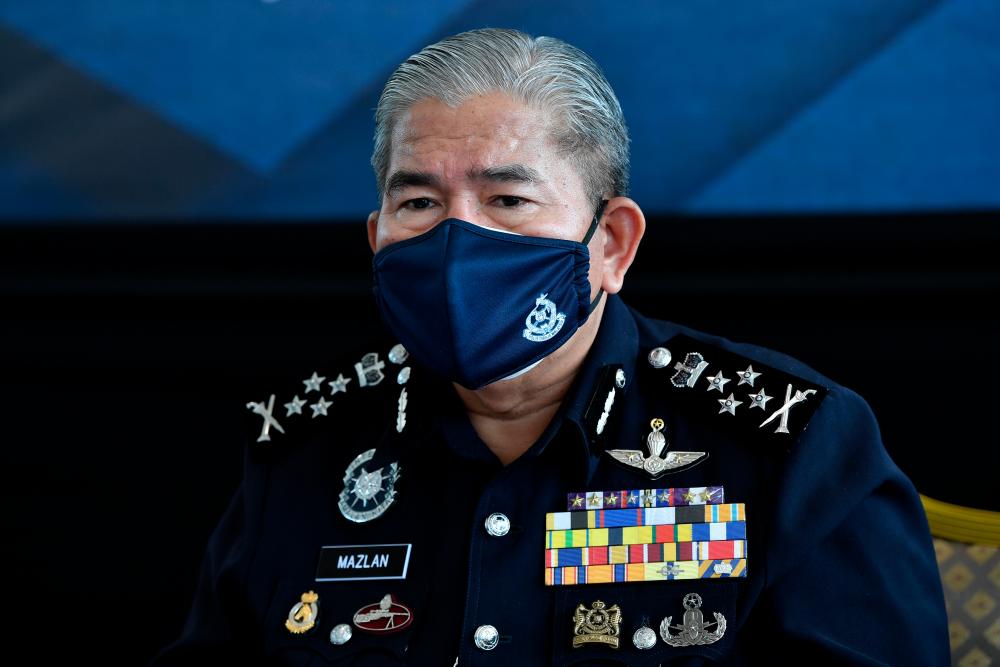 KUALA LUMPUR: The Royal Malaysia Police (RMP) has recorded more than RM13 million (RM13,676,250) from 287,500 summonses settled by the people as of yesterday through the traffic summons discount offer in conjunction with the 100-day Malaysian Family Aspirations (AKM).

Deputy Inspector-General of Police Datuk Seri Mazlan Lazim (pix) said the counters at the Kuala Lumpur Convention Centre (KLCC) recorded RM431,330 with 8,943 summonses and the MyBayar portal raked in more than RM3 million (RM3,403,001) with 74,312 summonses settled by the people.

“We have to close the RMP counters in KLCC at 4.30pm today, but members of the public need not worry as they can continue to pay their summonses at the district police headquarters and police contingent headquarters which have traffic counters as well as via MyBayar portal which operates 24 hours,” he said.

He said this after inspecting the RMP counters opened in conjunction with 100-day Malaysian Family Aspirations at KLCC.

RMP is offering discounts of up to 80 per cent for summonses from Dec 9 to 12 and the offer does not involve summonses cases mentioned in court, grave offences, offences of heavy vehicles as well as exhaust modification.