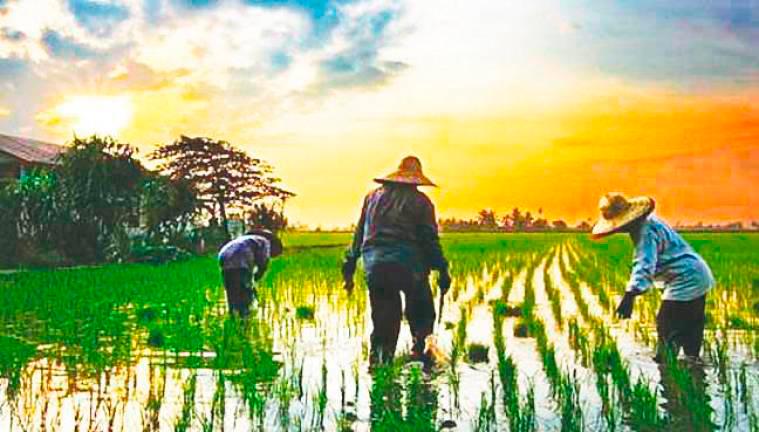 KUALA LUMPUR: The outlook for the food and agriculture industry will be more important over the next 10 to 20 years as Malaysia shifts further into a service-dominant economy, thus making the involvement of youths in the sector with a twist of modern technology more imminent than ever.

“In a higher-income country, food safety, on-farm labour rights, and sustainable agricultural methods are all important when purchasing food...this is less so in a poorer country where the focus is on food affordability and quantity, rather than quality.

“So as Malaysia transitions into a high-income country, it will become even more important that the local food is produced sustainably such as according to the Malaysian Good Agricultural Practice (MyGAP) requirements, are safe to consume and attends to fair labour conditions wherein the farmers and workers are fairly paid and there’s food traceability,” she told Bernama.

She said this is where Malaysia is heading and its agriculture and food sector must adapt to meet these changing demands.

Last September, the government tabled the 12th Malaysia Plan (12MP) in which Prime Minister Datuk Seri Ismail Sabri Yaakob said the country would emerge as a high-income nation in 2025 with a better quality of life alongside high technology following the implementation of reforms.

Under the 12MP, the Young Agropreneur Programme would continue to be implemented to attract more and retain youth participation in agriculture and a dedicated strategy and initiatives on smart farming would also be introduced to help propel economic growth.

Commenting on retaining youth participation, Sarena said it would require a whole-of-society approach as it takes the whole ecosystem to both attract and retain young farmers.

“The public, private sector, and the government will need to work together. For example, we can attract more young farmers to chilli farming via various government initiatives as per the best standards, by adopting MyGAP.

“But if there is no middle man to buy and transport the chillies to retailers, or that customers do not bother about the MyGAP certification, then it will slowly discourage our young farmers from participating and conducting responsible agricultural practices.

“There is also the added value of our farm produce, which again requires product research and development (R&D) efforts and marketing skills which we cannot just expect our young farmers to address all these factors on their own,” she explained.

Sarena also expressed hope that the government can introduce as well as improve the strategies that would help young farmers to acquire, consolidate and work on larger land areas, which will require coordination between the banks, land office, and farm service providers.

“There is a positive correlation between a younger age, bigger farm size and improved farm productivity. For instance, we currently require 100 ageing farmers to produce x amount of food but we hope in the future we can have just 10-20 highly productive agropreneurs producing the same amount if not more for the nation.

“This is a strategy that we should aim for, given that Malaysia is moving towards an ageing population.

“We also wish to see further improvements in school co-curricular programmes like ‘Kelab Kebun’, whereby they can organise farm visits and establish government-non-governmental organisation-school programmes on farming and community gardening,” she said.

Sarena opined that changing the narrative that the agriculture sector is a 3D (dirty, difficult and dangerous) industry is very important and it starts by exposing children to farming and gardening from a young age.

As farming shifts from 3D to high technology, the sector will begin to attract the younger generation, making a strong case for the country to invest in agricultural and food-related R&D, she stressed.

Ageing farmers are less likely to be open to the idea of adopting modern technology required in increasing productivity and cause lesser damage to the environment.

Adoption of agricultural technology and automation is still low and farming is largely labour-intensive with low-skilled foreign workers constituting 31 per cent of the agricultural workforce.

As ageing farmers gradually exit the workforce, there is an urgent need to capture the interest of youths in agriculture in order to secure the future.

Data from the Department of Statistics Malaysia (DOSM) showed that the share of the agriculture sector has declined from the 1970s to the 21st Century as other sectors such as manufacturing and services sectors performed better.

Chief statistician Datuk Seri Dr Mohd Uzir Mahidin said the country’s GDP during the pre-pandemic period (2019) saw a growth of 4.4 per cent with a value of RM1.42 trillion and the agriculture sector recorded a two per cent growth with a value of RM101.6 billion, representing a share of 7.1 per cent.

“However, the agriculture sector’s share of contribution to the GDP increased from 7.1 per cent in 2019 to 7.4 per cent in 2020, signalling that its resilience remains in the post-pandemic period compared to other sectors,” he said.

Mohd Uzir said with less than 10 years until the 2030 deadline for achieving the United Nations (UN) Sustainable Development Goals (SDGs), governments needed to step up their efforts to meet global food security and environmental targets.

The OECD-FAO Agricultural Outlook 2021-2030 provides a consensus assessment of prospects over the next 10 years for agricultural commodity and fish markets at national, regional and global levels, and serves as a reference for forward-looking policy analysis and planning.

The report is a collaborative effort of the Organisation for Economic Co-operation and Development (OECD) and the Food and Agriculture Organisation (FAO) of the UN, prepared with input from member governments and international commodity organisations.