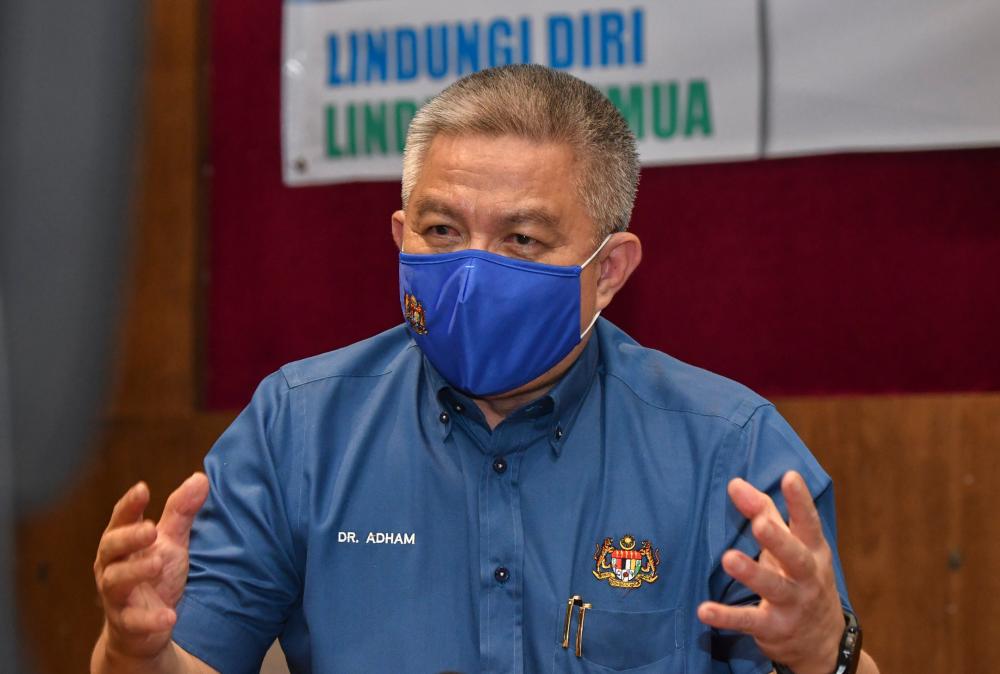 PUTRAJAYA: The Ministry of Science, Technology and Innovation (Mosti) will be enhancing the vaccine development ecosystem in the country to develop local vaccines,” said its minister, Datuk Seri Dr Adham Baba. (pix)

He said the National Vaccine Development Roadmap (NVDR) is expected to be announced in November in the effort to ensure the country is ready to face any pandemics in the future.

Currently, he said vaccines for dengue, cholera and leptospirosis had entered pre-clinical tests while Covid-19 vaccines had entered research stage.

In outlining his focus on the first 100 days in a statement today, Dr Adham said Mosti would be harnessing the efforts and capabilities as well as working with the people through science, technology and innovation (STI) in the effort to drive the country’s economy and empower the socioeconomic status of the people.

He said Mosti’s immediate focus is on the local vaccine production, the development of disruptive and emerging technologies, the expansion of the startup business ecosystem, development and research (R&D), as well as instilling integrated and continuous STI.

“Taking cognizance of the effects of the Covid-19 pandemic to the country’s socioeconomic situation, the STI agenda will play an important role in putting economic innovation in the mainstream among Malaysians,” he said in a statement on the key performance indicators (KPI) in the first 100 days.

Dr Adham said Mosti would be focusing on assistance in the form of financing to drive the economy based on technology in productive sectors such as entrepreneurship, health, manufacturing and agriculture.

He said the Malaysia Debt Ventures Bhd would be issuing new bonds and sukuk without government guarantee for RM2 billion to stimulate the capital market and to boost financing of Digital Economy Transformation and Core Technologies.

He said the Malaysia Science Endowment would be set up as a fund coordinating centre from various sources apart from government funds by providing a reliable platform for corporate and private investors to fund technology companies in research, development and innovation.

Dr Adham said emphasis would be given to Innopreneur programme to assist vulnerable and marginalised groups among the B40 and M40 to produce micro traders through Reka Ruang project.

Mosti will also introduce new high-tech padi seeds that can increase yield by 35 per cent compared to the national average, he said.

“Mosti believes that the expansion of new padi seeds will popularise STIs and benefit farmers as well as support the food security agenda,“ he said.

He said the National Startup Roadmap (SUPER) would be launched in November (2021) to support efforts of potential startups through funding agencies under Mosti.