MOT told to come up with ‘people-friendly’ fares for ECRL 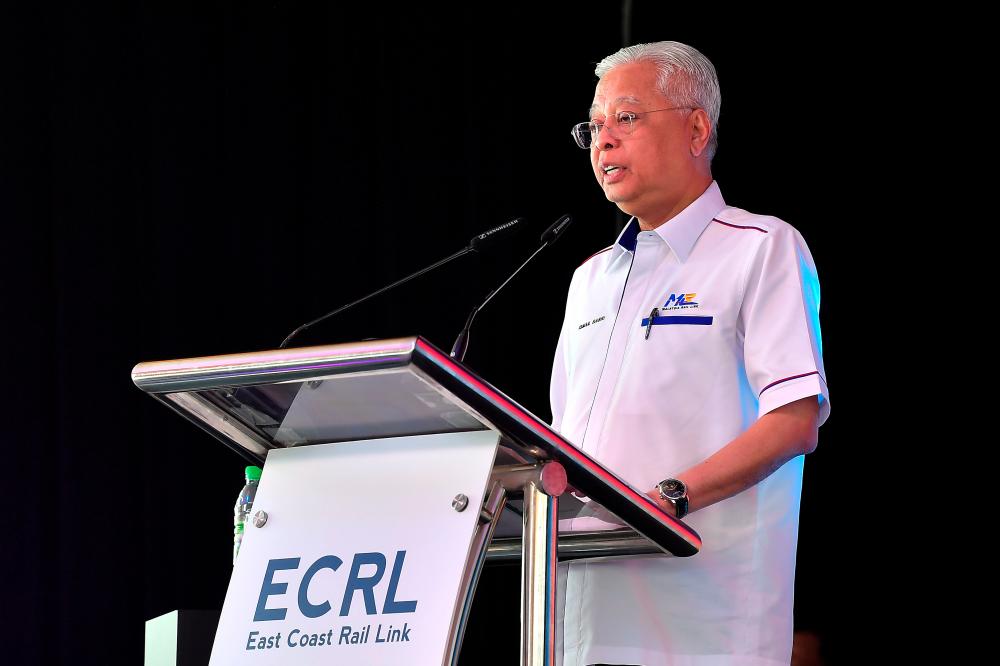 BENTONG: The Ministry of Transport (MOT) has been asked to discuss with stakeholders to set reasonable fares for the East Coast Rail Link (ECRL) which is expected to start operating in January 2027, said Prime Minister Datuk Seri Ismail Sabri Yaakob.

He said the fares should be people-friendly like what is offered by the Keretapi Tanah Melayu Berhad electric train service (ETS) and not prohibitive as alleged in the social media.

Apart from that, Ismail Sabri said Malaysia Rail Link Sdn Bhd (MRL) would be generating side income that could help cover operating costs and repayment of the ECRL project construction loan from China EXIM Bank.

“A 50:50 joint-venture company between MRL and China Communications Construction Company Ltd (CCCC) is planned to be set up to make a success of the ECRL operations, including jointly bearing operational costs and risks.

“This joint-venture company will provide technical assistance and intensify the transfer of railway technology as well as jointly operate and maintain ECRL for the long term,“ he said when launching the Pahang ECRL Genting Tunnel construction work here today.

Describing ECRL as a game-changer, Ismail Sabri said it would offer a more modern, safe and efficient transport network to the East Coast with a travel speed of 160 kilometres per hour.

With 20 stations, consisting of 10 passenger stations and a mix of passenger and cargo stations, it connects cities, towns as well as industrial parks to ensure a more effective and well-connected public transport system, especially in the rural areas.

Apart from that, the Prime Minister said the implementation of the project, which involved a 665 km stretch from Kelantan to Selangor with a cost of RM50.27 billion, also saw the involvement of more than 1,500 local companies comprising contractors, suppliers and consultants.

This is in line with the agreement between MRL and CCCC to appoint local subcontractors and suppliers for at least 40 per cent of civil works estimated to be worth up to RM10 billion and as of last April, more than RM7 billion worth of contracts had been offered for ECRL projects in the East Coast states, he said.

“The CCCC has also agreed to pay special attention to the appointment of small contractors (Grade G1-G3) to directly benefit them.

Ismail Sabri said the project had the potential to produce more locals who are skilled in the rail industry through the ECRL Industrial Skills Training Programme (PLKI-ECRL) which is expected to open up opportunities to 5,000 young people from the East Coast.

On the Genting Tunnel, he said the construction of the 16.39 km twin-bore tunnel, which is set to be the longest rail tunnel in the region, was one of the main components of the ECRL project as it could complete the landbridge for the transportation of cargo from Kuantan Port to Port Klang.

The tunnel, which is expected to be ready between two and a half years and three years, is the only one of 59 tunnels to be excavated using the tunnel boring machine (TBM) method as opposed to the drilling and blasting method that has been used for other tunnels so far. - Bernama