Mother and lover remanded for allegedly abusing boy to death 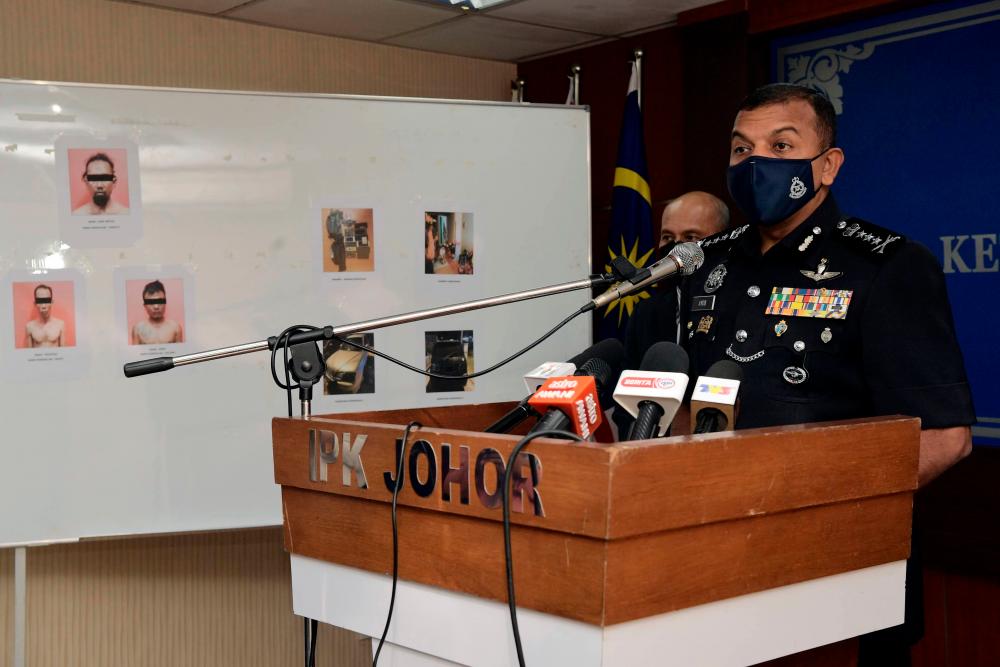 JOHOR BAHRU: A mother and her lover who are believed to have abused a five-year-old and caused the boy’s death at a house in Nusa Bestari near Iskandar Puteri, Friday, are under remand for seven days starting yesterday until Dec 10.

Johor police chief Datuk Ayob Khan Mydin Pitchay (pix) said the victim’s 35-year-old biological mother and her 32-year-old lover were remanded for further investigations under Section 302 of the Penal Code and Section 31 (1) (a) of the Children Act 2001.

“So far, the arrests in this case has only involved two individuals. The victim’s body has not been claimed and is at the Forensics Department at the Sultanah Aminah Hospital (HSA), here.

“Prior to this, the victim’s mother was a cleaner and had been married many times, but did not register her marriage(s) and had eight children,“ he told a press conference at the Johor Contingent Police Headquarters here, today.

Yesterday, the media reported the discovery of a dead boy, believed to be a victim of abuse by his biological mother and lover, after police received a call from HSA officers about the incident at 12.20pm on Friday.

In another development, Ayob Khan said there were no criminal elements in the case where the body of a three-year-old child was found on the river bank at Jalan Anggerik Putih Majidee in Kampung Desa Makmur here, yesterday.

He said until now, police were still waiting for a complete autopsy report from the hospital.

“The body we found was not intact, there are missing organs, the legs are missing. We still can’t find any trace of gender, race or anything else. So far, no criminal elements have been found,“ he said.

Yesterday, media reported that the body of a three-year-old child of unknown gender, was found in a rotten and decomposing state on the bank of the river at Jalan Anggerik Putih Majidee, by members of the public at 10.43am.

2.UK lawmaker says she was sacked from job for her ‘Muslimness’