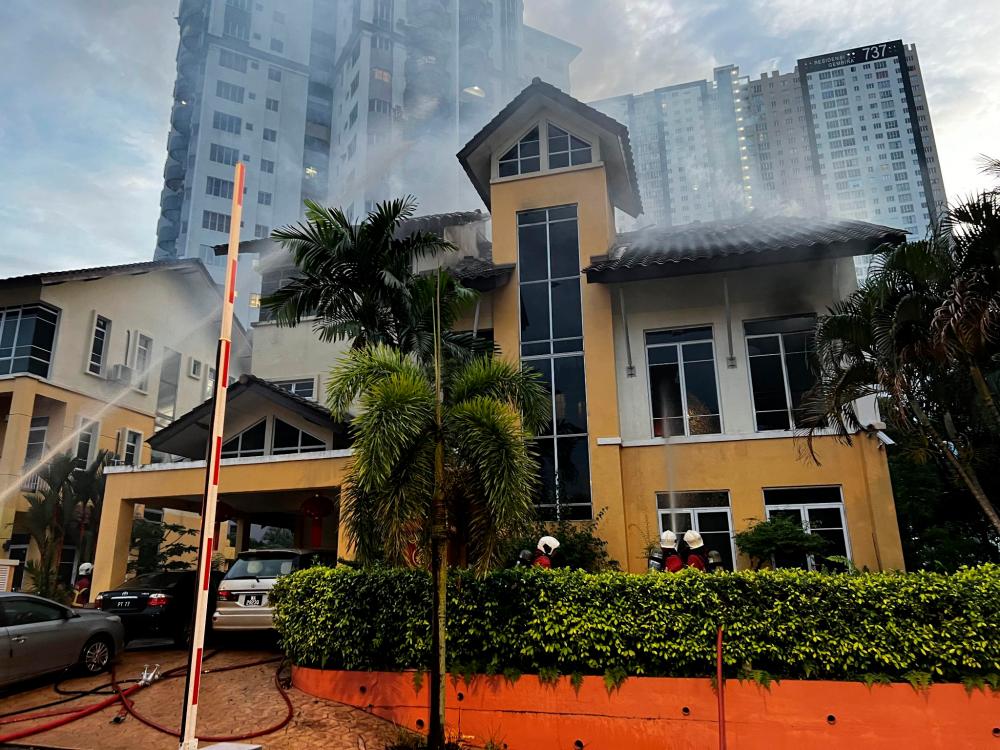 KUALA LUMPUR: A mother and her daughter were burnt to death while two other men were injured in a fire involving a four-storey bungalow in Taman Gembira, Jalan Klang Lama, here this morning.

Kuala Lumpur Fire and Rescue Department operations commander Musa Abdullah said the two victims, in their 60s and 20s, respectively, were found in different bedrooms on the upper floor of the house.

The two local men were sent to the Kuala Lumpur Hospital for treatment, he added.

According to Musa, a team of 35 firefighters was dispatched to the scene after receiving a distress call at 6.22 am.

“Firefighters arrived at the scene 10 minutes later and found the fire was raging. They manage to put out the fire at 7.12 am and the cause of the incident is still being investigated,” he said when contacted today.

He also said that the first floor of the bungalow was completely destroyed in the fire, while the second floor was 50 per cent destroyed.