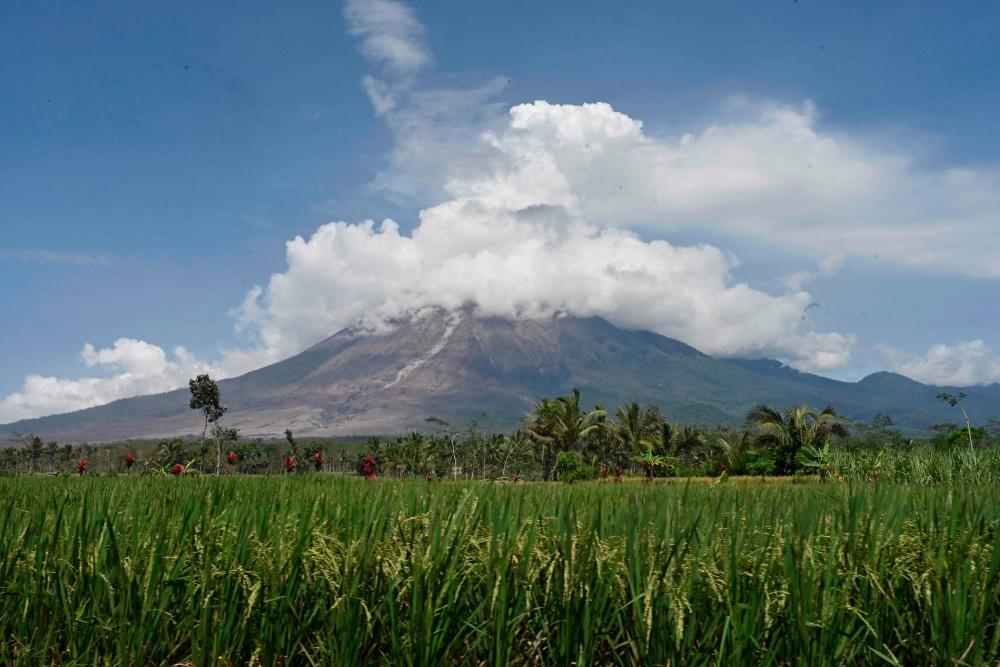 Mount Semeru is seen at the Curah Kobokan village in Lumajang on December 7, 2021, following the volcano's eruption that killed at least 22 people. AFPpix

JAKARTA: Minister of Human Resources Datuk Seri M. Saravanan expressed his condolences to the Indonesian people and government following the tragedy of the eruption of Mount Semeru, in the Lumajang district, East Java Province, last Saturday.

“On behalf of the government and the people of Malaysia, I would like to express my condolences to the Indonesian government and people on the tragedy of the eruption of Mount Semeru.

“Hopefully, the families of the victims of this tragedy remain steadfast and be given the strength to face this challenge,“ he said after paying a courtesy call on his Indonesian counterpart, Ida Fauziyah, here.

Indonesia’s President Joko Widodo (Jokowi), at around noon, surveyed the location of the scene and conveyed his sadness following the tragedy.

Jokowi wants to ensure there are sufficient necessities for rescue work, evacuation of the affected population and planning the restoration of damaged infrastructure.

A spokesman for Indonesia’s National Board for Disaster Management today reported the death toll had risen to 34, while 17 were still missing.

Mount Semeru erupted on Saturday and spewed thick ash as high as 12,000 metres into the sky, with burning gas and lava flowing down the mountain slopes into the settlement area. — Bernama