MPI in talks with MoF to set up biodiesel stabilisation fund 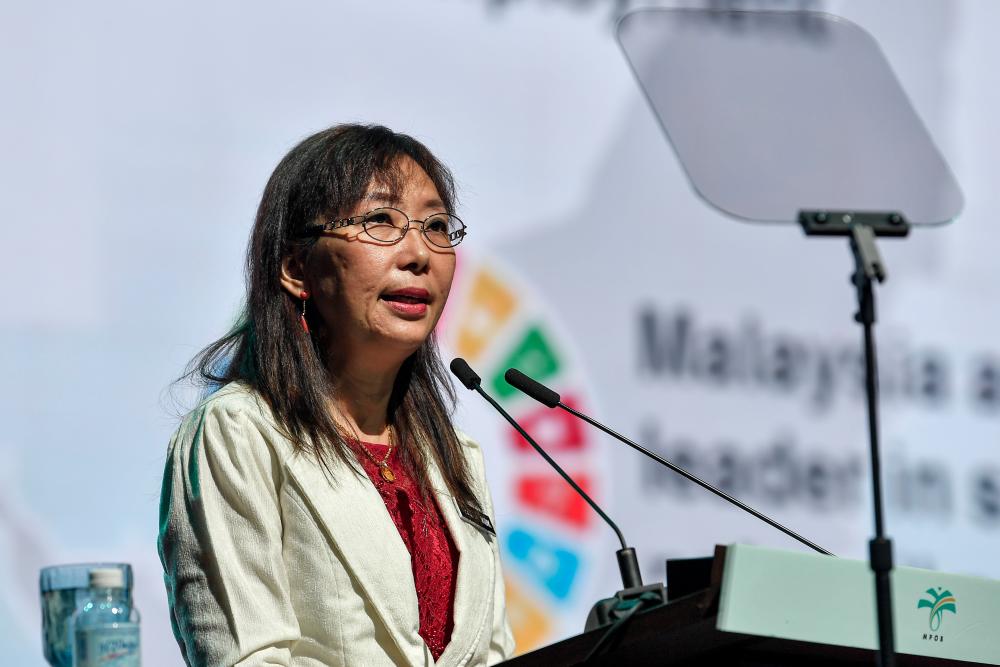 KUALA LUMPUR: The Ministry of Primary Industries is currently in talks with the Ministry of Finance (MoF) to set up a biodiesel stabilisation fund and has proposed that 3% of the windfall tax imposed on palm oil exporters be refunded and channelled back to the fund.

The fund would be useful to assist the smallholders and subsidise biodiesel blending (for the petroleum companies) when CPO prices hover above diesel.

“So far the MoF did not object to the idea. They also agreed with our request that the windfall tax be channelled to the biodiesel fund,” she told reporters here today.

Earlier, Kok witnessed a memorandum of agreement between five petroleum companies and Malaysian Palm Oil Board for the upgrading of biodiesel blending facilities at 35 petroleum terminals across Malaysia.

However, the minister said it was still at discussion level and the reason being that the CPO price had only risen a few weeks ago.

Prior to the budget announcement, the CPO price was about RM2,100 and RM2,200 per tonne, she said.

She noted that the implementation of B20 in Malaysia and potentially B30 was in line with the initiative by Indonesia which is going for B30, while Thailand, B10.

“We see this as an encouraging trend. Biodiesel is the best mechanism to stabilise the CPO price and since palm oil is the third major export of the country, we can if we sustain the CPO price, also stabilise the economy indirectly,” she said. — Bernama