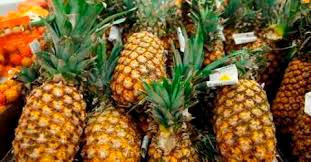 PONTIAN: The national pineapple industry will continue to be enhanced and empowered by attracting more young agropreneurs to venture into this sector which is categorised as the new source of wealth for the country.

Malaysian Pineapple Industry Board (MPIB) deputy director-general Mohd Khairuzamri M. Salleh said the mission to double the production of pineapple would be achievable with the involvement of more youths not only to meet the demand from overseas but also in the domestic market.

The Youth Agropreneur Grant from the Ministry of Agriculture and Food Industries (MAFI) is given to young agropreneurs aged 18 to 40 who are involved in pineapple cultivation in the form of agricultural input and plantation equipment.

“With the advancement in technology which is becoming sophisticated and with the Fourth Industrial Revolution which can be applied in agriculture specifically in pineapple cultivation, MPIB hopes the youths will come forward with fresh ideas to develop this industry.

“Some 60 per cent of the existing entrepreneurs are around 60 years old wherein among them acceptance of technology is difficult as most practices in pineapple cultivation are still conventional with the use of labourers.

“Hence, we want to change this with the involvement of more youths to chart the modernisation in the pineapple industry itself,“ he said.

Mohd Khairuzamri said this to Bernama after a walkabout session at the young agropreneur pineapple cultivation at a pineapple plantation in Parit Sikom, here, recently. Also present were Ministry of Agriculture and Food Industries Deputy Minister I Datuk Seri Ahmad Hamzah and Pontian Member of Parliament Datuk Seri Ahmad Maslan.

Mohd Khairuzamri said the marketing method in the new normal must be enhanced through media social platforms such as Facebook and Instagram.

Besides that, he said, MPIB would encourage the expansion of pineapple farming via integration which would provide opportunities and benefits to entrepreneurs and smallholders in diversifying production in one area.

“At present, we encourage pineapple farming through integration, for example, if there is extra land on their goat farm or chilli farm or whatever, we encourage them to plant pineapple so they don’t depend on just one commodity...while waiting for the pineapple production, they already get chillies...we can do this because we have the expertise in this,“ he added.

In facing the Covid-19 pandemic situation which had more or less adversely impacted the pineapple sector in terms of production and exports, the government had provided incentives to MPIB through the economic stimulus package and the Prihatin Rakyat Economic Stimulus Package (Prihatin) totalling RM13.6 million (2020-2021), out of which 56 per cent had been utilised while the remaining allocation will be implemented next year.

“I myself is urging the public especially the youth community to venture into this sector as under the 11th Malaysia Plan, more than 90 per cent of the pineapple entrepreneurs in the B40 group had exited the category.

“The pineapple plantation acreage spanning 16,000 hectares (ha) is still not sufficient to meet the demand from overseas especially for MD2 pineapple variety which is highly demanded particularly from China.

“Johor is the biggest pineapple-producing state commanding 54 per cent of 16,000ha of planted areas, followed by Sarawak at almost 18 per cent,“ he said, adding that the export value of pineapple amounted to RM491 million last year. -Bernama

3.Malaysia records its first case of the Omicron Covid-19 variant