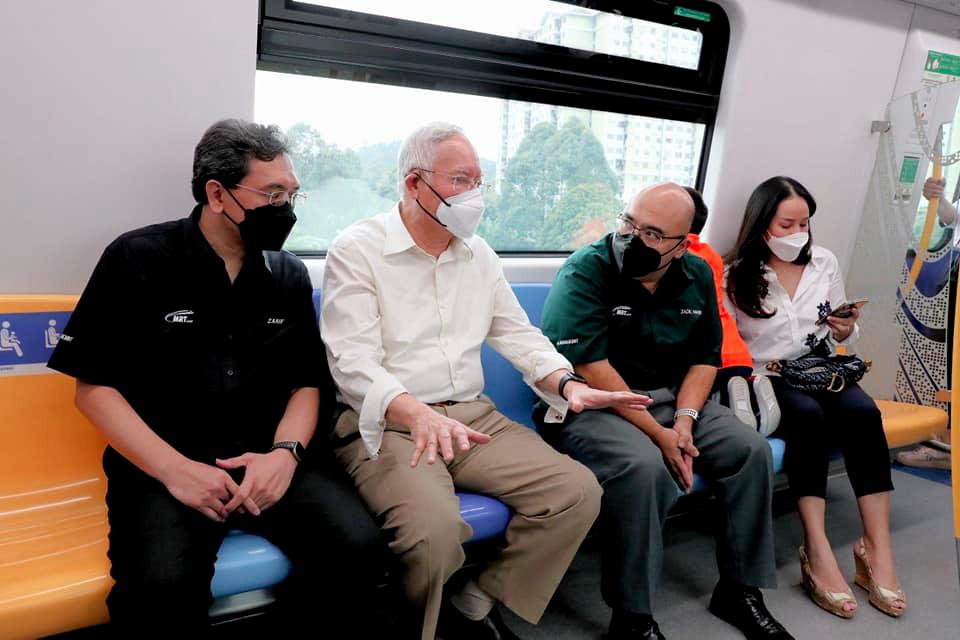 However, the Pekan MP’s “special ride” drew criticism after several media questioned MRT Corp CEO Mohd Zarif Hashim on why Najib was invited despite being convicted of graft cases.

“As you know, he tweeted that he loved to be on the train. Because of the tweet, we replied to his tweet,” he reportedly told reporters after the launch of the service today.

Mohd Zarif said this today in defence of criticism it had faced for inviting Najib.

He also refused to comment on criticisms that Najib was given special treatment.

Prime Minister Datuk Seri Ismail Sabri Yaakob, who officially launched the Putrajaya MRT Line today, however, said MRT Corp had a right to do so.

“I don’t want to comment on MRT Corp’s motivations... Today, I launched it and yesterday MRT Corp invited (Najib). That is their right,“ the prime minister reportedly said.

It was reported that Najib and several family members were given an exclusive ride before the launch to test out the first phase of the Putrajaya MRT line, which is set to stretch 17.5km from Kwasa Damansara to Kampung Batu.

Najib has been sentenced to 12 years in jail and a RM120,000 fine in the SRC International case. The case is currently on appeal at the Federal Court.