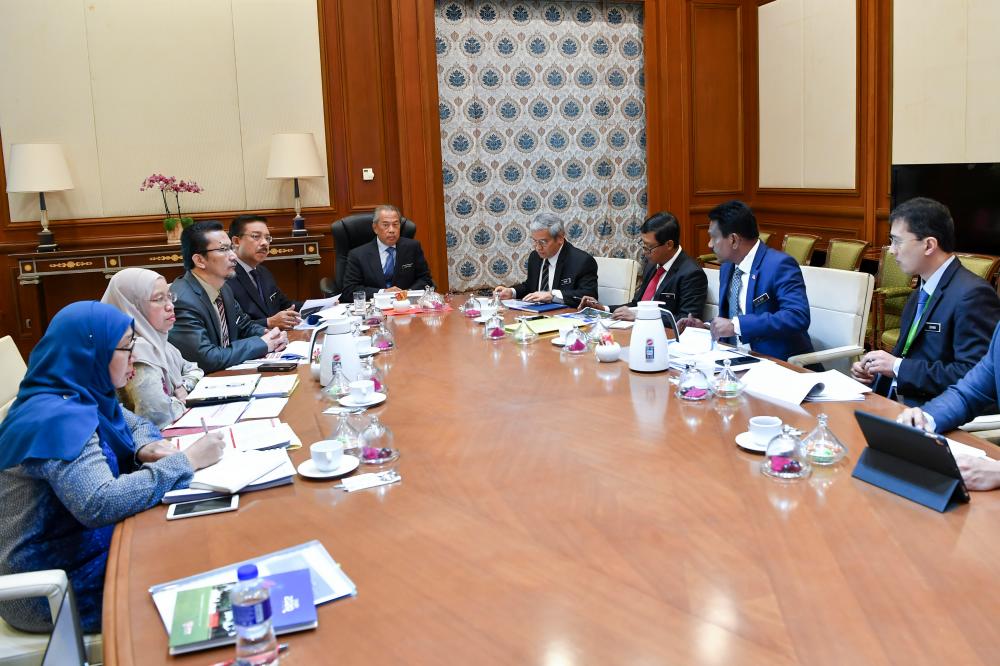 The briefings were given when he met with senior officials of the Ministry of Education and Ministry of Foreign Affairs at his office in Perdana Putra, here.

The meeting which took place three days after Muhyiddin was sworn in as prime minister was reported in a posting on his Facebook page.

According to the posting, the Education Ministry’s secretary-general, Datuk Dr Mohd Ghazali Abas briefed the new prime minister on developments in the education sector while also giving the latest statistics and proposals to improve the sector.

The Foreign Ministry’s secretary-general, Datuk Seri Muhammad Shahrul Ikram Yaakob then briefed Muhyiddin on Malaysia’s current relations with other countries, the cooperation established with these countries and the important conferences taking place this year.

The King consented to Muhyiddin’s appointment in line with Article 40(2)(a) and Article 43(2)(a) of the Federal Constitution. - Bernama