Muhyiddin: Immigration policy to be reviewed after calls to tighten visa-free entry 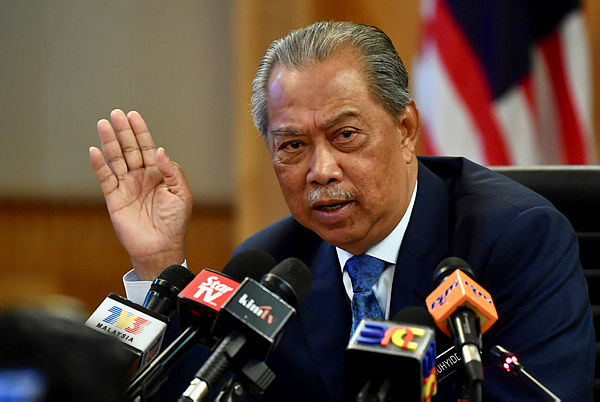 KUALA LUMPUR: The government will review and tighten its immigration policy on foreigners after Bukit Aman counter-terrorism chief DCP Datuk Ayob Khan Mydin Pitchay cited Malaysia’s visa-free policy as one of the main reasons it remains a transit point for terrorists.

He pointed out that presently, foreigners from most countries do not require visas to enter Malaysia, unless their stay exceeded a certain period of time.

“As long as they have a passport, and their passports are not considered to be from a ’troublesome country’, then they can enter Malaysia with ease.

“We impose visa requirements only for certain reasons. That’s the policy we have. Whatever it is, in terms of our immigration policy, we need to examine and review it,” he told reporters when met in Parliament, here, today.

Muhyiddin was asked to comment on Ayob Khan’s statement on Tuesday that Malaysia remained a “transit point” for terrorist groups as those entering from most Middle East nations and certain African countries do not require a visa.

“Since they can enter the country without a visa, Malaysia becomes their first choice,” he had said at a convention on terrorism funding, adding that this was not a new issue as the police have arrested 38 foreign terrorists who were transiting through the country since 2013.

Presently, citizens of less than 50 countries require visas to enter Malaysia, with citizens of other countries only requiring one for a stay exceeding a certain period of time.

Last Friday, a US State Department report on terrorism also named Malaysia as a “source and transit point” for terrorist groups like the Islamic State, Abu Sayyaf, Al-Qaeda and Jemaah Islamiyah.

Commenting on this, Muhyiddin said the report was something that needed to be taken very seriously, as Malaysia too has evidence of the country being used as a staging area for extremists.

“Unlike in the past, now we see many people are using us as a staging point or to expand their ideologies for certain reasons. Some groups, like the Islamic State, are using religion. And there is evidence that the situation is quite dangerous here,” he said.

Muhyiddin added that it was important for Malaysia to work together with other countries and international organisations to address the issue of terrorism.

“We will share information. So for instance if in one country, a terrorist manages to enter Malaysia, it is dangerous for us. So we have to take a very serious view of that,” he said.