Muhyiddin to meet KSN, dept heads on his first day as PM 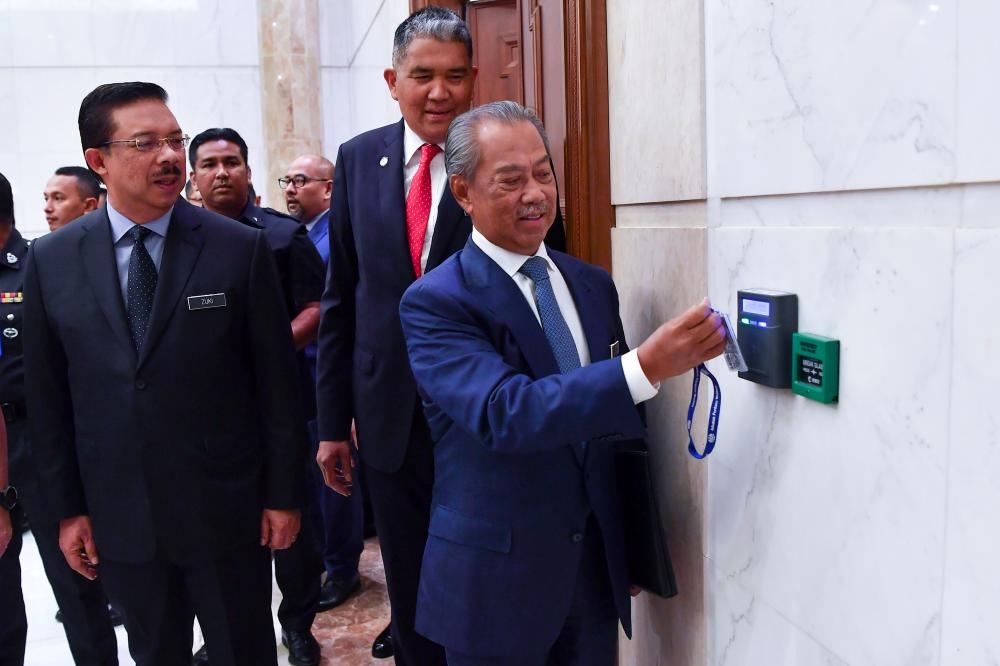 PUTRAJAYA: Newly-minted Prime Minister Tan Sri Muhyiddin Yassin who began his first day in office today, is scheduled to meet with the Chief Secretary to the Government (KSN) and heads of departments and agencies to coordinate the administration of the government.

The Prime Minister’s Office (PMO) in its statement said no meetings with political leaders had been scheduled for Muhyiddin today.

Al-Sultan Abdullah consented to the appointment of Muhyiddin in accordance with Article 40(2)(a) and Article 43(2)(a) of the Federal Constitution.

Muhyiddin arrived at Perdana Putra which houses the PMO at 8am today to begin his first day in office.

Give focus to national preparedness to face pandemics in 12MP

5.UN should speak with one voice to end hostilities in the world: PM Ismail Sabri