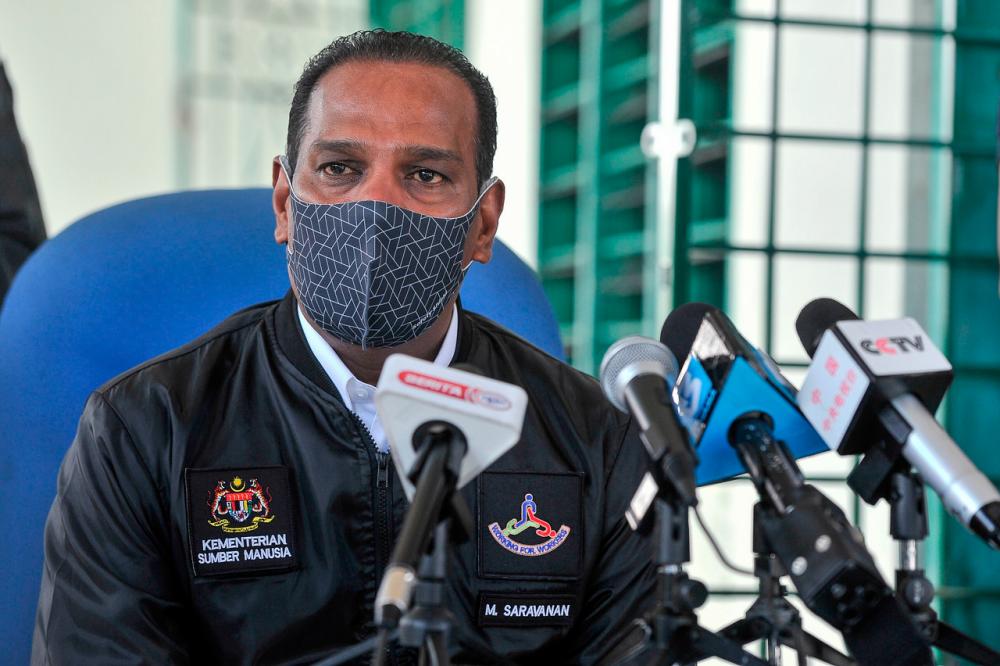 PUTRAJAYA: The implementation of the multi-tier levy system for the employment of foreign workers has been postponed to Jan 1, 2022, said Human Resources Minister Datuk Seri M. Saravanan. (pix)

In a statement today, he said the decision was made in a Cabinet meeting last Wednesday (June 2).

“This decision takes into account the challenges posed by the Covid-19 pandemic which affects the health and economic sectors, and in turn, gives a huge impact to various industries,” he said.

Saravanan said when the multi-tier levy system is to be implemented later, the employment of foreign workers would be based on the actual needs of the industry.

“It is expected to reduce the country’s high dependence on foreign workers because the levy rate will increase according to dependency ceiling,” he said.

Saravanan added that the eQuota module under the Foreign Workers Centralised Management System (FWCMS) would be used to implement the levy system.

He said the module would ensure the transparency of the process of determining the foreign worker quota to employers, and would be used for the recruitment of new foreign workers from source countries. -Bernama London children to be offered polio booster as samples found London children to be offered polio booster as samples found

2.London children to be offered polio booster as samples found