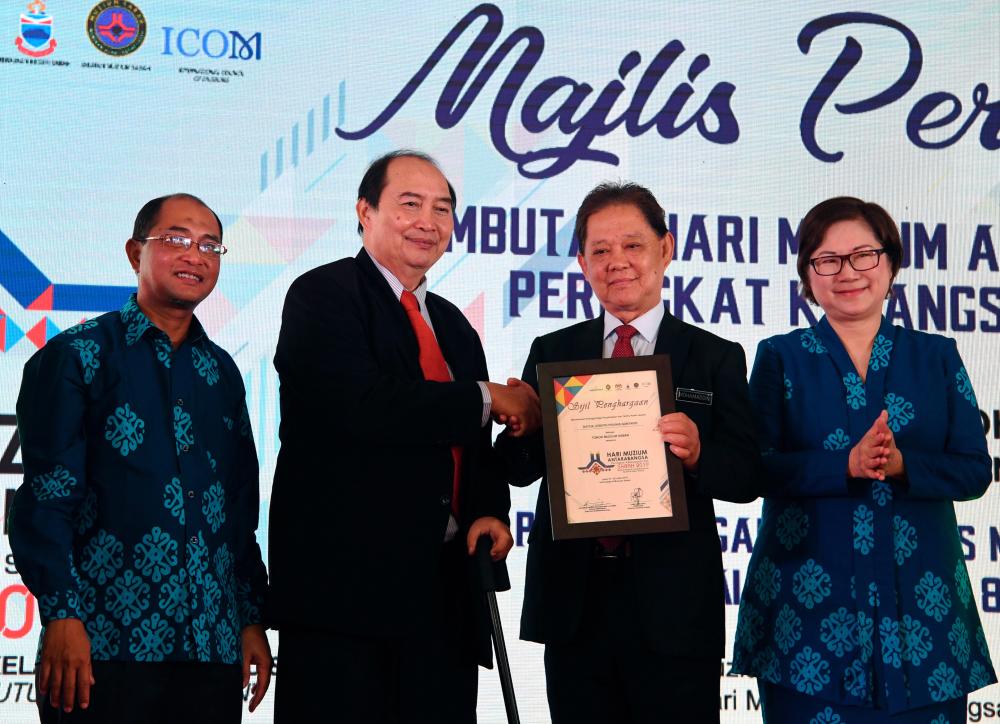 KOTA KINABALU: Tourism, Arts and Culture Minister, Datuk Mohamaddin Ketapi said museum entrance fees in the country need to be reviewed since it is relatively low compared to other countries.

“Therefore, I think the entrance fees should be increased slightly for example RM10 and consider it as a contribution to further upgrade museums in the country,“ he said after officiating the International Museum Day 23rd national celebration at the Sabah Museum Complex here.

Mohamaddin said the occasion provided a platform for further cooperation between museums in the effort to spread knowledge about the country’s cultural heritage.

“This celebration is also a recognition of the role of museums in the shaping of communities and countries, as well as strengthening cooperation networks among museums across Malaysia,“ he said.

Mohamaddin said the achievements and efforts of the museum institutions in the digital age should be upgraded to change the perception of the community on heritage and culture.

He said museums needed to be a cultural hub capable of blending heritage and technology through a dedicated mechanism that is solid in preserving the country’s culture and heritage for the continuity of tradition.

“As a cultural hub, museum activities need not only rely on collections alone, but society should be the essence towards achieving excellence in the museum institutions. Museums should creatively incorporate ideas together with the community in drafting programmes according to current trends.

“Museums should also be able to highlight current issues through organising various programmes not only in the form of exhibitions, but also dialogues, forums and so on,“ he said.

He said the museum not only serves as an institution that preserves heritage treasures in the form of artifacts and documentation, but it also extends its role as an agent capable of creating awareness among the public about the importance of the museum as a hub in understanding the culture and traditions of a society. - Bernama