‘My dad’s firm did not pollute river’ 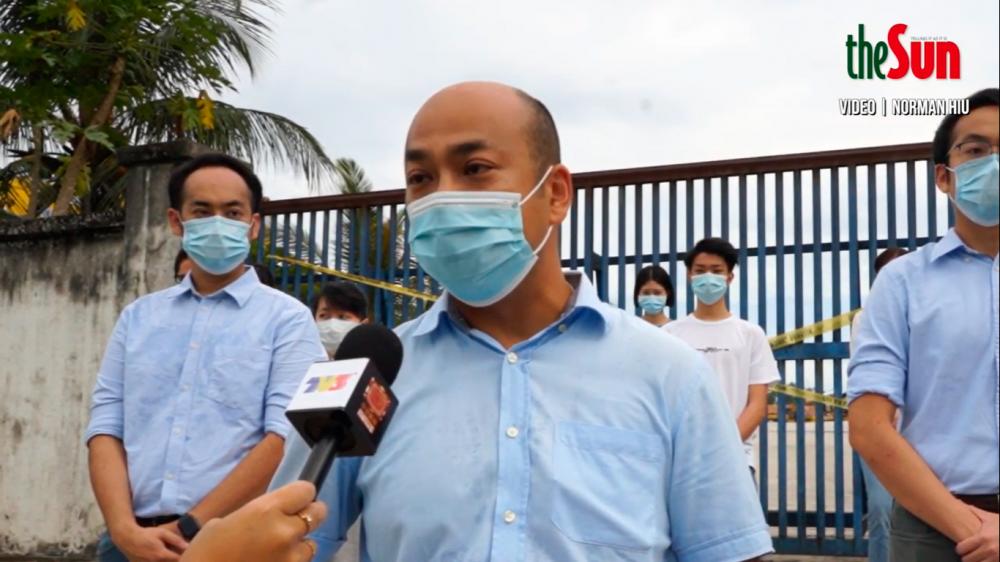 RAWANG: The families of four brothers who were arrested for investigations into the pollution of Sungai Gong near here, urged the public yesterday to stop claiming that their premises released industrial effluent into the river.

Pollution led to the shutdown of four water treatment plants and disrupted water supply to more than one million people in Klang Valley last Friday.

The family’s spokesman, Yip Siew Thong (pix), said they did not have a hand in the pollution of the river. Siew Thong is the son of Yip Kok Weng, 60, the eldest of the four brothers who were arrested.

He said the media had misreported the premises as a factory as it was a storage yard for heavy industrial vehicles and equipment.

“My father’s company deals in construction and we do not have effluents to be discharged from our premises. This site mainly stores construction material. Any waste material is disposed of in accordance with regulations set by the authorities.

“My father’s company has always adhered to the law in respect of the environment and would never commit the unthinkable which would cause pollution,” Siew Thong said, adding that the company has been operating at the site for more than 10 years.

Siew Thong admitted that the company was fined RM60,000 by the authorities in March but said it was not related to releasing effluents into the river.

“The fine was for other matters such as the absence of proper training of company staff and the absence of a proper inventory. My father’s company will gladly assist in the ongoing investigations and we have no intentions of concealing anything.”

He said his family had also received threats, which were mainly in social media, and had also lodged a police report.

Threats to burn down the yard and photos of their family house were among the postings in social media.

When asked if he knew the source of the pollution and how many factories were in the vicinity, Siew Thong said: “Let the authorities do their investigations. I cannot comment on others. It is my understanding there are between 30 and 40 factories and industries along Sungai Gong. There are manufacturers, equipment trading and construction companies like us.”

On the chemicals stored or used at its premises, Siew Thong said used engine oil from the servicing of heavy machinery is stored securely in drums and handed over to waste disposal companies for safe disposal in accordance with environmental laws.

Apart from diesel, which is also securely stored, the company only used regular detergent to wash its machinery.

Checks by theSun showed that the surface of the drainage outside the sealed yard was covered with a thin layer of algae and moss and was free from sludge or oil stains.

The drainage from the yard leads to a ravine where the flowing water was murky.

Opposite the premises of the yard is a plant nursery with lush greenery.

About 30 family members and friends of the detained brothers gathered outside the company premises in Batu Arang here yesterday.

The storage yard was sealed by the Department of Environment on Thursday on suspicion of releasing pollutants into Sungai Gong.

‘My dad’s firm did not pollute river’

1.Whisky company did not apply for labelling advice from BKKM