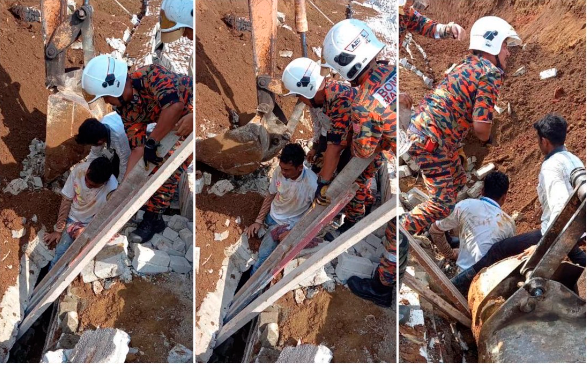 KUANTAN: A Myanmar worker was killed while his two compatriots were injured after they were believed to have been crushed by a concrete slab while installing a drain at Indera Mahkota 15 here yesterday.

“Preliminary investigation found that the 2.4-metre (m) high concrete slab collapsed and crushed all the victims, who were working on the drain next to the cement concrete,” he said in a statement today. Bursa Malaysia to move higher next week on improved sentiment

2.Industry players would like measures and policies based on four key principles