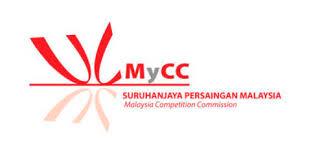 KUALA LUMPUR: The Malaysia Competition Commission (MyCC) is working actively on bills proposing amendments to the Competition Act 2010 (AP 2010) and the Competition Commission Act 2010 to empower the merger and acquisition regime. Chief executive officer Iskandar Ismail said the amendments would further expand the scope of MyCC’s jurisdiction in the competition law. “Insya-Allah, if there are no obstacles, the amendments will be tabled in Parliament in the middle of next year,“ he said in an interview on the “MyCC Market Review Report” on Bernama TV’s “Ruang Bicara” programme on Monday.

Iskandar said MyCC is also conducting a market survey on the transport sector which started in July and is expected to be completed in March 2021.

He said MyCC has so far produced six market reviews, namely fees fixed by professional bodies, local poultry meat, the pharmaceutical sector, building materials in the construction industry, the food sector, and most recently (released in August) on the services sector (wholesale trade and retail). “In general, the objectives of the market reviews, among others, are to understand the market structure and supply chain, identify issues, challenges and anti-competitive behaviour, and reviewing government legislation and policies, as well as proposing solutions. “The findings obtained from these studies are useful as a reference and guide for short and long-term to all stakeholders such as ministries and government agencies, associations, industry players, academics, the media, and the public,“ he said. Iskandar said as an agency under the Ministry of Domestic Trade and Consumer Affairs, MyCC is mandated to enforce the Competition Act 2010 which aims to protect the competition process for the benefit of businesses, consumers and the economy. “When all traders compete in a healthy manner, they will be more innovative, effective and possess entrepreneurial traits shown to enable them to continue to thrive in business. ”As a result, consumers will be able to enjoy competitive prices, more choices and guaranteed quality,“ he said. To ensure that the objectives are achieved, the Act lists two major violations, namely the anti-competition agreement (cartel) and abuse of the dominant position (monopoly). He said the anti-competition agreement refers to the alliance among traders by making agreements that are deemed to be anti-competitive or cartel. MyCC’s tasks are not only limited to enforcement, as it also conducts market research, provides policy advice, and undertakes advocacy programmes to raise public awareness of the AP 2010, he added. As the MyCC celebrates its 10th anniversary on April 1, 2021, Iskandar hopes the agency will continue to raise public awareness about the AP 2010 more actively. -Bernama

3.Japan’s Hataoka finds her sweet spot with another Arkansas victory