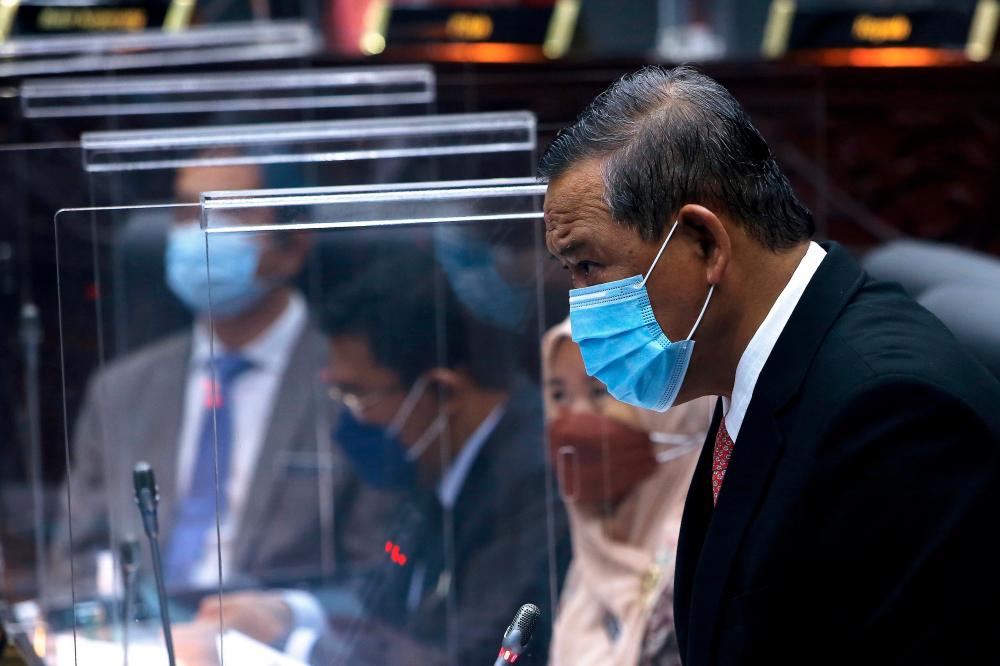 The amendment to Article 49 of the Negeri Sembilan Government Constitution 1959 was approved after getting the support of 32 out of 36 state assemblymen, with four others not present for the voting.

Menteri Besar Datuk Seri Aminuddin Harun(pix), when proposing the second reading of the Bill, said the amendment was in accordance with Section 5 of the Eighth Schedule of the Federal Constitution which was amended through Section 4 of the Constitution (Amendment) Act 2019 (Act A1603) for the same purpose.

He said if the state government did not amend the law to comply with Section 5 of the Eighth Schedule of the Federal Constitution, then several implications would arise if parliamentary and state assembly elections were held simultaneously.

“It includes irregularities, in terms of the difference in minimum age of a candidate who can contest as state assemblymen, (which) will arise if the enactment is not amended other than the implementation not being uniform with other states that have previously made the amendment.

“In addition, an election petition can be filed to challenge the decision of the Managing Officer as provided under Regulation 7 of the Elections (Conduct of Elections) Regulations 1981,“ he said.

Meanwhile, Datuk Seri Mohamad Hasan (BN-Rantau) during the debate also welcomed the amendment to the age limit for state assemblyman candidates and described the young as the determinants of the country's future and their involvement in politics is important in nation-building.

“This is in line with the people’s aspirations, (where) the young can determine the future and with the passage of time and is important in the policy-making process to bring about more progressive politics,“ he said.

Anthony Loke Siew Fook (PH-Chennah) said the amendment was a step in line with current political developments where the younger generation would determine the direction of the country more dynamically in the future.

However, the amendment to the Negeri Sembilan Government Constitution Act 1959 for Article 38 related to limiting the term of office of the Menteri Besar of Negeri Sembilan to two terms was not approved as it did not obtain the support of two-thirds of the state assembly.

This is because only 19 assemblymen agreed, 13 disagreed while four did not attend the voting session. The assembly sitting was adjourned sine die.-Bernama

Australian Open and Djokovic – where the Grand Slam stands

4.Cops seeking next of kin of man found drowned in Kuala Selangor