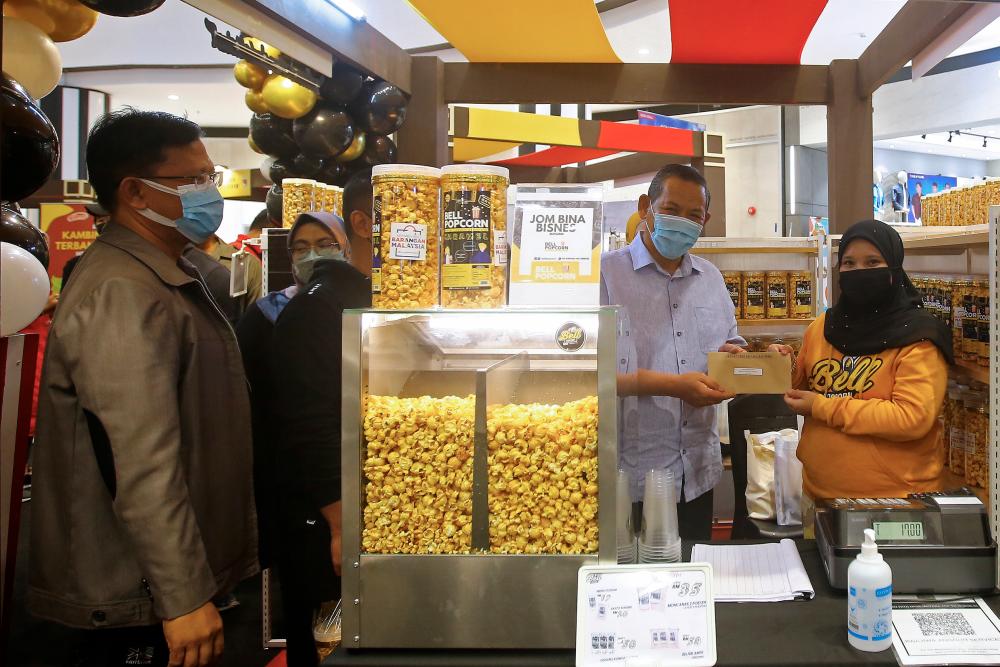 NILAI: The Negeri Sembilan government has allocated RM12 million under the state Entrepreneur Development Fund (TUNS) which has benefitted 4,147 recipients since 2019.

“This year, a total of RM3 million was allocated, involving 1,078 entrepreneurs, which not only improves their business but also indirectly creates employment opportunities and stimulates the state’s economic growth,” he said.

Aminuddin said a total of RM3 million was also allocated by the state for the newly-introduced TUNS Plus, an interest-free soft loan for micro-entrepreneurs which has thus far benefited 213 recipients.

Meanwhile, commenting on the Ngoca Football Festival 2021, which is scheduled to take place at Kampung Budaya Terachi in Kuala Pilah for two days starting Dec 11, he said a total of 10,000 visitors are expected to attend the event.

He explained that the ‘ngoca’ football stadium, with a cost of RM600,000, is the only ngoca-designated stadium in the country, and is poised to become a new tourist attraction in Negeri Sembilan.

“Several other facilities, such as shop lots, halls and stages will also be constructed on the site at a cost of about RM1.5 million from the Ministry of Tourism, Arts and Culture (MOTAC), for the convenience of the public,” he said.

The ‘Ngoca Football Festival’ is a football competition played in paddy fields, to promote traditional sports and ‘mengoca’ activities that are synonymous with the people of Negeri Sembilan, as well as a tourist attraction for both locals and visitors alike. — Bernama

Sabalenka battles from set down to stay in Australian Open

1.Sabalenka battles from set down to stay in Australian Open

3.Putin to host Iran’s Raisi in Moscow on Wednesday