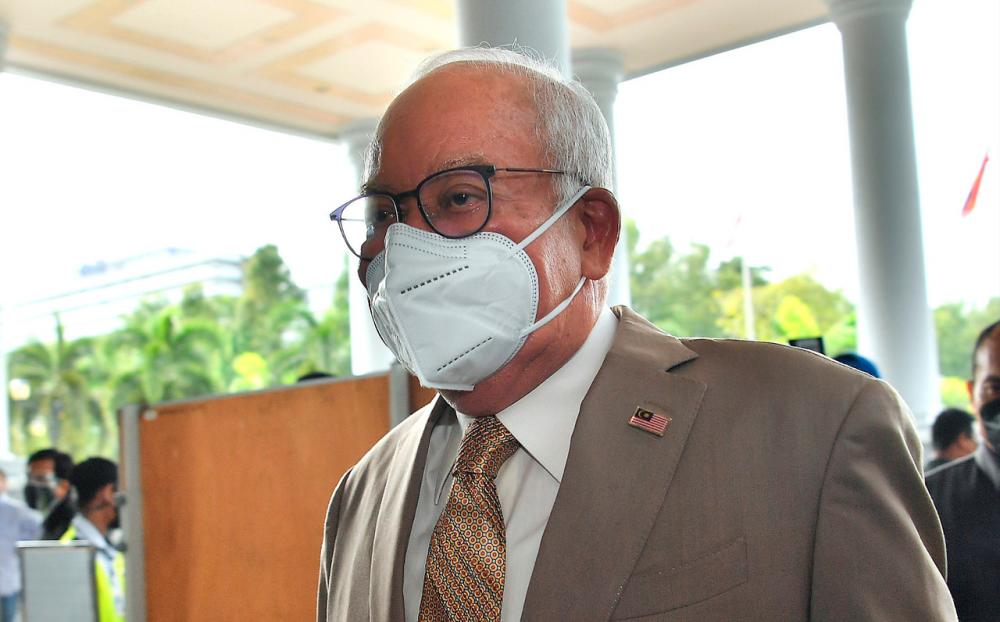 PUTRAJAYA: The Court of Appeal has granted Datuk Seri Najib Tun Razak temporary custody of his passport for him to visit his daughter Nooryana Najwa in Singapore, as she is expected to give birth to her second child in early November.

This decision was made by a three-member bench led by Court of Appeal Judge Datuk Seri Kamaludin Md Said after the former premier applied to temporarily get back his international passport.

The other two judges on the bench were Datuk Ravinthran Paramaguru and Datuk Abu Bakar Jais.

“The court finds the reason given for the application as reasonable. The court allows this application and the passport will be returned (to Najib),” said judge Kamaludin.

Judge Kamaludin: What is the expiry date of Datuk Seri Najib’s passport?

Najib’s counsel Tan Sri Muhammad Shafee Abdullah replied that his client had not seen his passport for some time but the passport was expected to expire soon.

Earlier, Muhammad Shafee submitted that his client made an application for his international passport to be handed over to him temporarily beginning Oct 20 or as early as possible, until Nov 22, 2021.

Muhammad Shafee said his client needs his passport earlier to enable him to renew his passport before leaving for Singapore on Nov 3 as he also needs to complete debate on the Budget 2022 on Nov 2.

On Oct 14, Najib filed the notice of motion through Messrs Shafee & Co to enable him to visit Nooryana Najwa, who is currently in Singapore with her husband and four-year-old daughter.

In the notice, Najib applied for his passport to be handed over no later than Oct 20 to enable him to renew his passport before leaving for Singapore on Nov 3.

In his affidavit of support, Najib said his daughter, who is living in Singapore with her husband and four-year-old daughter, has no other family members there to help and accompany her through the pregnancy until delivery.

As a father, Najib said, it is his responsibility to ensure that Nooryana Najwa is well cared for and gets the support and treatment she needs as she had serious complications during the birth of her first child.

On July 28, 2020, the Kuala Lumpur High Court sentenced Najib to 12 years in jail and fined him RM210 million after he was found guilty of seven charges of criminal breach of trust, money laundering and abuse of power involving RM42 million of SRC International Sdn Bhd funds.

Najib is awaiting a decision from the Court of Appeal over his appeal to set aside his conviction and sentence.

Last Friday, the Kuala Lumpur High Court allowed the application of Najib’s wife Datin Seri Rosmah Mansor, who is on trial for graft, for the temporary release of her travel document for the same purpose.