Najib’s 1MDB trial to resume on April 1, if no extension of MCO 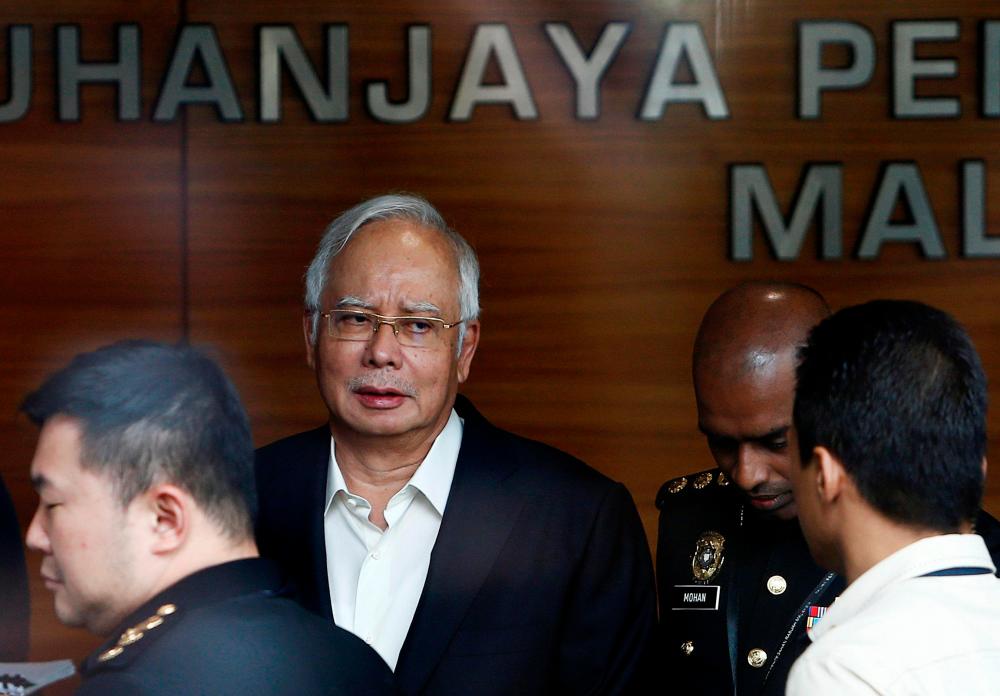 Senior Deputy Public Prosecutor Datuk Seri Gopal Sri Ram, who leads the prosecution team in the trial, told this to Bernama via a short message.

“The trial is set to re-commence on April 1, unless there an extension of the Movement Control Order (MCO) by the goverment,“ said the 76-year-old former Federal Court Judge.

A check at the efs.kehakiman.gov.my website found that the trial before High Court Judge Collin Lawrence Sequerah is scheduled at 9 am on April 1.

The trial, which was supposed to commence on March 19, was adjourned as all courts across the country have to close from March 18 to March 31 in compliance with the MCO.

The order, which is in force for 14 days from March 18 among others, involves the closure of all government and private premises except for those providing essential services and all houses of worship and business premises except for supermarkets, wet markets, grocery shops and convenience stores selling daily necessities.

The government has also called on the public to stay at home and avoid going out during the order period to prevent the spread of Covid-19 in the country.

The court also fixed the entire month of June, July, August, September and October, including Fridays for the case.

When the hearing resumes, defence lawyer Tan Sri Muhammad Shafee Abdullah is expected to continue with cross-examination of the ninth prosecution witness, former 1MDB chief executive officer Datuk Shahrol Azral Ibrahim Halmi, who has been on the stand since Sept 23 last year.