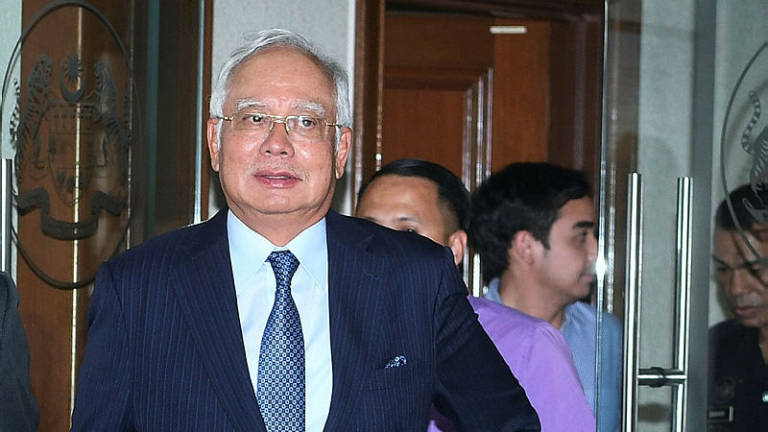 Harvinderjit Singh was to have continued with the defence’s cross-examination of former AmBank relationship manager Joanna Yu Ging Ping, the 54th prosecution witness, on the 43rd day of the trial.

The judge had asked whether the defence team had any other counsel who could take up the cross-examination of Yu.

Wan Aizuddin said lead defence counsel Tan Sri Muhammad Shafee Abdullah was occupied with another trial before another High Court judge and that he (Wan Aizuddin) had not received any request in respect of the absent counsel.

Deputy public prosecutor Datuk V. Sithambaram said Harvinderjit Singh informed the prosecution that he was unwell only at 6.30am today and that nothing could be done if the defence counsel was sick.

“We want the case to proceed as scheduled but this morning the defence counsel is unwell. We are prepared to replace today with Aug 9,” he said.

Sithambaram also said that the prosecution did not call other witnesses today as it was given “very short notice”.

Justice Mohd Nazlan agreed to Aug 9 as the replacement date.

He also ordered for Harvinderjit Singh to submit his medical certificate tomorrow and said the prosecution could summon other witnesses if the defence counsel was still unwell then. - Bernama

2.Teens happy to receive Covid-19 vaccination, can’t wait to go back to school