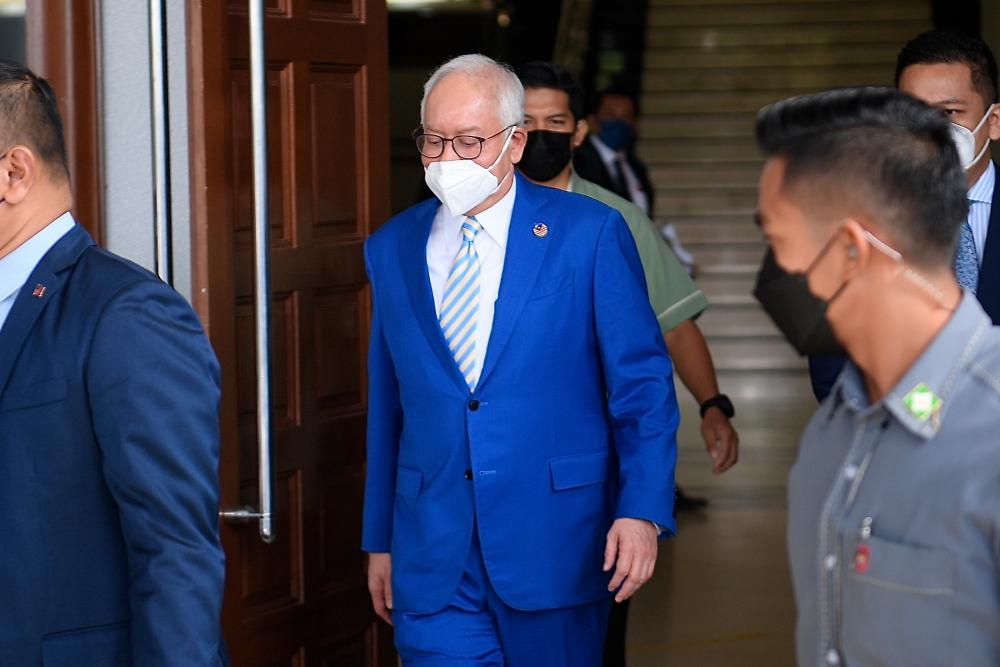 KUALA LUMPUR: Datuk Seri Najib Tun Razak (pix) has applied to amend the dates of temporary release and return of his impounded passport for him to visit his daughter in Singapore, saying that he was needed to help UMNO election machinery in Melaka state election slated next month.

Najib said he was entrusted with the responsibility because Umno president Datuk Seri Ahmad Zahid Hamidi would be in Germany to seek treatment for his spine injuries during the state election process.

“Therefore, I have to postpone my trip to Singapore until after the Melaka state election on Nov 20,” he said in his supporting affidavit filed together with the application.

Najib, 68, filed the application at the High Court here yesterday.

He applied for the dates of temporary release and return of his impounded passport to be amended from Oct 20 and Nov 22 respectively to Oct 25 and Dec 6 for him to visit his daughter Nooryana Najwa in Singapore, as she is expected to give birth to her second child in early November.

In the supporting affidavit, Najib said that the Court of Appeal had on on Oct 18 granted him temporary custody of his passport from Oct 20 to Nov 22 for him to visit his daughter in Singapore.

However, with the Melaka state election to be held on Nov 20 and nomination on Nov 8 and the tasks given to him, Najib said he had to change his plan and would leave for Singapore on Nov 21 and return to Malaysia on Dec 5 (or earlier), and to return his passport to the court on Dec 6 at the latest.

“I have to let my wife Datin Seri Rosmah Mansor leave for Singapore first to look after Nooryana while I complete my tasks and responsibilities here,” he said.

Najib is being tried before Mohamed Zaini for using his position to order amendments to the 1Malaysia Development Berhad (1MDB) final audit report before it was presented to the Public Accounts Committee to avoid any action being taken against him.

Last Friday, the Kuala Lumpur High Court allowed the application of Rosmah, who is on trial for graft, for the temporary release of her passport for the same purpose.- Bernama