National Unity Action Plan based on views of grassroots — Halimah 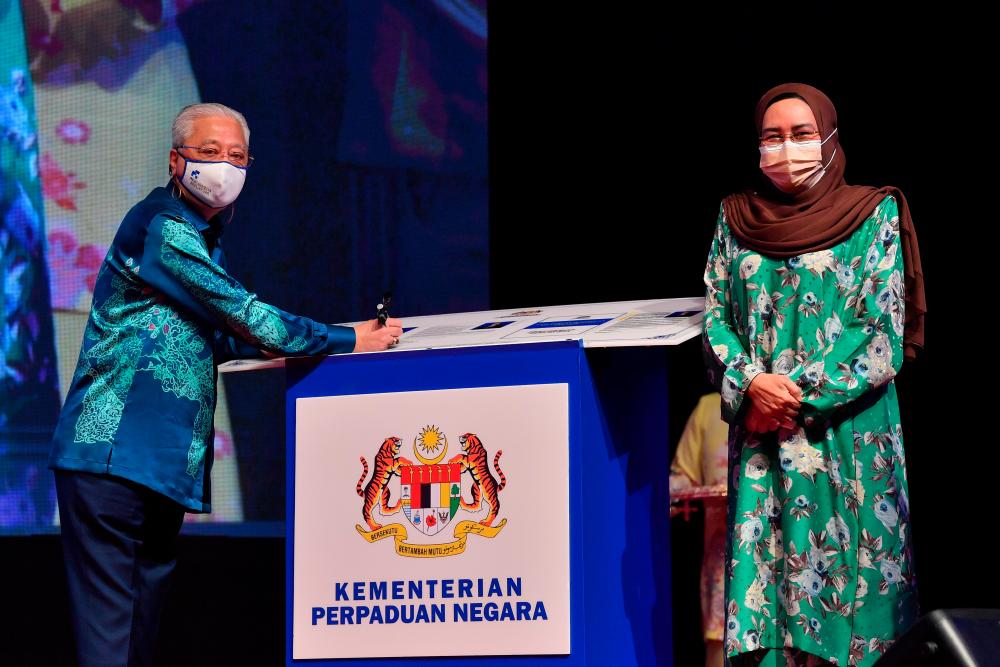 She said the National Unity Action Plan 2021-2030 outlined 57 programmes to achieve five strategic thrusts, which included preserving the democratic system based on constitutional monarchy and building a society which appreciates and displays unity.

The other three strategic thrusts are empowering a fair and equitable socio-economic model; ensuring openness and tolerance towards differences in religion and cultural tradition; and building a progressive society through science, technology and innovation.

“The success of this plan depends on cooperation among ministries and agencies, non -governmental organisations (NGOs) and the private sector, which will also be involved in realising what we have planned,” she said.

She said KAMI @Pelan Perpaduan Keluarga Malaysia 2021-2025, which outlined programmes and initiatives to be implemented by the Ministry of National Unity within the five-year period, was formulated to foster the spirit of the Malaysian Family.

She said the plan would be based on the National Unity Action Plan 2021-2030 to achieve the aspirations of a united, harmonious and prosperous Malaysian Family.

“With the formulation of the National Unity Action Plan 2021-2030 and KAMI @Pelan Perpaduan Keluarga Malaysia 2021-2025, the documents on the National Unity Policy, which is the umbrella for the implementation of plans to drive the national unity agenda, are now completed,” she added.

Meanwhile, Halimah said the survival of the community and the country depended on the people as a Malaysian Family in maintaining social cohesion.

“Although many may wonder what is the formula for our country’s success, the respect for one another, discuss when there are differences of opinion, and constantly negotiating to find solutions to resolve any disputes, is the best ‘formula’ for safeguarding our unity.

“The spirit of the Malaysian Family serves as the backbone for our diversity, harmony and the country’s glory,” she said. — Bernama